Now that the summer transfer window is finally over (in October too, a very long ‘summer’ indeed), we can have a look back at the most exciting new faces arriving in the Premier League.

Deadline day was dramatic as ever, and we’d argue one of the best signings of the bunch came late last night, though it’s not our number one.

Perhaps not the biggest name in the top flight…yet, but Eberechi Eze looked an outstanding young talent in the Championship last season with his tricks and skills for Queens Park Rangers.

Eze has shown glimpses of that immense talent at new club Crystal Palace, and we imagine there’s going to be a lot more to come from him over the course of the season.

Palace did well to keep hold of Wilfried Zaha, but in Eze they might well have the ideal long-term successor on board anyway.

He’s not started a lot of games yet, but Donny van de Beek should end up being a fine player for Manchester United if his form at Ajax was anything to go by.

The Netherlands international has a bit of everything to his game, so should be able to find a role for himself in Ole Gunnar Solskjaer’s side, even if it’s not yet clear if he’ll play a more defensive role, attacking role, or even move out wide as he did in the Carabao Cup win over Brighton.

One of the most exciting young talents in Spain, Ferran Torres has big boots to fill at Manchester City, who lost Leroy Sane to Bayern Munich this summer.

Still, Torres surely has the potential to do the job for Pep Guardiola’s side, especially once they find their feet after being a little slow to get going this season.

Torres was a joy to watch at Valencia and one can only imagine how good he could be if he fulfils his potential and learns under the expert guidance of a world class manager like Guardiola.

He’s not arriving at his peak, but Edinson Cavani has been one of the deadliest finishers in world football down the years, so it’s great to finally see him in the Premier League as he joins Manchester United.

The Uruguay international could also be a bargain due to arriving as a free agent, and it’s a little surprising no one else was in for him after his 400+ career goals for club and country.

United were able to land Cavani on deadline day seemingly without much competition, and they’ll hope the experience and quality of the 33-year-old can take the pressure off youthful front three Marcus Rashford, Anthony Martial and Mason Greenwood. 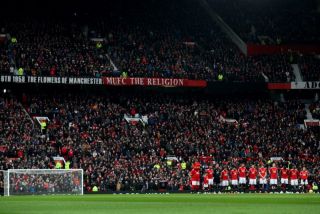 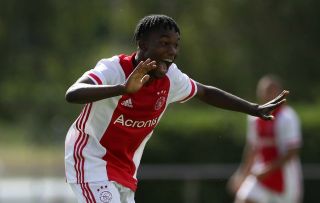 It’s been a great start at Everton for James Rodriguez, who looks back to his best after a difficult period at Real Madrid and on loan at Bayern Munich.

The Colombia international looked to have the world at his feet after *that* memorable World Cup campaign in 2014, but it’s fair to say things never panned out as many would have hoped for him at Real Madrid.

Still, Rodriguez has settled instantly in the Premier League, seemingly enjoying his reunion with Carlo Ancelotti, who looks to be putting a really exciting side together at Goodison Park, with Everton surprisingly leading the table after the opening four games of the season.