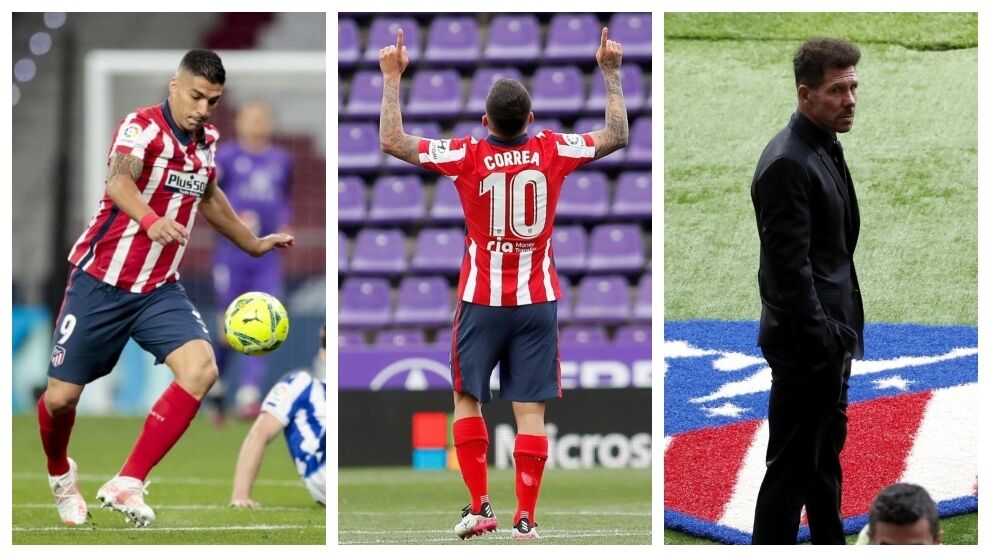 Diego Simeone secured his second LaLiga Santander title as Atletico Madrid coach on Saturday, with it being the 11th in Los Rojiblancos’ own illustrious history, yet it was a title triumph that was built on resistance right from the very first day.

It’s no secret that Atletico Madrid don’t play the kind of free-flowing football that seems to lead to success in modern football, yet since Matchday 9 of the season, Los Colchoneros have sat at the top of the table.

What initially looked like a comfortable ride to the trophy, Atleti suffered what can only be described as a mid-season collapse, which saw their lead over Real Madrid and Barcelona spectacularly cut short.

This led to a nervous end to the season, but Los Rojiblancos resisted pressure, and managed to turnaround a 1-0 deficit in the final game of the season to secure their crown.

Having been forced to overcome multiple obstacles this term, Atleti can look back on the season knowing they beat adversity.

For perhaps the first time since he took charge as coach, there were real doubts over Simeone this season, with there being quiet dissenting voices suggesting his time with the club was up.

Champions League defeats to RB Leipzig and Chelsea put the Argentine under pressure, but he didn’t have any doubts himself, he was convinced that the 2020/21 campaign would result in something historic.

Having finally got the centre-forward he desired in Luis Suarez, Simeone knew Atletico Madrid would be able to kill teams off this term, and that is exactly what happened throughout the campaign.

If ever there was a player you wouldn’t want to give additional motivation to, it’s Luis Suarez, yet that is exactly what Barcelona did, essentially telling the Uruguayan he was too old to succeed at the top level.

They basically forced the former Liverpool goalscorer out of the club in the summer, and Atleti were all too eager to bring him into the fold.

Suarez would eventually have his revenge, with his goals being the difference between title success and disappointment for the Madrid club.

Atleti welcomed him with open arms, and they received a player who was more motivated to show Los Cules up than ever before.

He ended the year with 21 LaLiga Santander goals and another league title, proving he could still perform at the top level.

It’s no secret that Angel Correa was virtually an AC Milan player two years ago, with the Argentine weary of his lack of recognition within Los Colchoneros.

That is now a distant memory, with Correa one of the outstanding contributors to this term’s triumph, with his goals and assists proving vital.

In addition to that, perhaps his greatest ability was his availability, with the Argentine having been the only one of Simeone’s 22-man squad to have played a part in each and every one of the 48 matches across all competitions.

It was a season of ups and downs for Correa, with his two mistakes against Real Betis well publicised, yet he was the spark to the comeback on the final day against Real Valladolid.

He showed all his critics how wrong they were, and instead of complaining, he worked hard and proved himself a fundamental part of a league win.