AFC Leopards are now set to begin the journey of owning a home ground after Musalia Mudavadi cleared land charges they owe the government.

In a press statement on Friday, Mudavadi, through the Musalia Mudavadi Foundation, handed the cheque to the club’s chairman Dan Shikanda.

The land, situated in Nairobi, was given to Ingwe by President Daniel Arap Moi but they have been unable to construct a stadium given the inability to settle land rates.

“We want to offer them a sign of hope in these trying times [the Covid-19 period] and to state that many years ago the government of Kenya did allocate them about 20 hectares of land,” Mudavadi told reporters.

“The same was done for Gor Mahia, as the two are the leading teams in the country, and we have some historical background to that.

“The difficult times and the challenges of sports in the country have made it difficult for AFC Leopards to pay their required standard premium and charges for them to have their land ownership processed.

“So, what we are doing today, is presenting the full amount that is required of Ksh633,000 to AFC Leopards payable to the Ministry of Lands and Physical Planning.

“We want AFC Leopards to have a permanent home and we want them to lead us through their strategic planning and later to make sure that this sporting complex can be a centre of pride for the sporting fraternity in this country.

“AFC Leopards have massive followers and are an inspiration for very many young people in this country and beyond. So, we want to be part of that journey as we support the AFC Leopards family.

“The cheque is going to the hands of the chairman of AFC Leopards [Shikanda] for them to go and pay that amount.”

Mudavadi, the former Deputy Prime Minister and Member of Parliament for Sabatia Constituency, acknowledged how his gesture will be good for the club which is struggling due to the effects of the coronavirus.

“We want to do something very important here because as you know, Covid-19 has affected so many people and the sports sector has not been spared either. And a lot of young men and women who are involved in sports are suffering in many different ways,” added Mudavadi.

Former Ingwe’s chairman Alfred Sambu was also present as the club received the cheque from Mudavadi.

“It is very symbolic that [Alfred] Sambu is here given that he is the longest-serving chairman of the AFC Leopards team and perhaps the most successful one,” concluded the former MP.

“Running soccer in Africa and in particular in Kenya is not a walk in the park as it is a very expensive affair. I say thank you Musalia and again thank you very much,” Sambu said.

Should AFC Leopards manage to construct the Stadium, they will join Tusker as the only KPL clubs with home grounds.

Fri Jun 5 , 2020
Having withdrawn from their pursuit of Timo Werner, who is now poised to join Chelsea, Liverpool are monitoring developments concerning Borussia Dortmund’s Jadon Sancho, according to the Independent journalist Miguel Delaney. The Reds looked set to boost their attacking ranks with the addition of Werner, but they eventually refused to […] 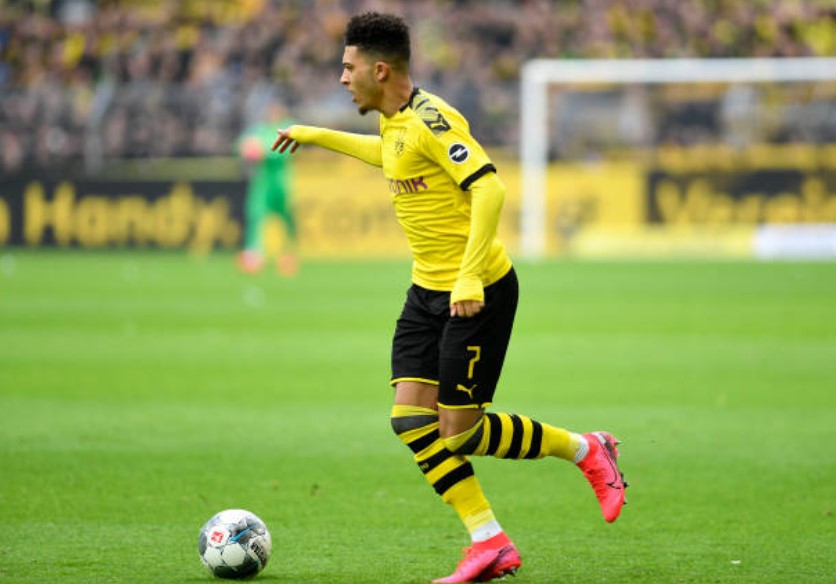