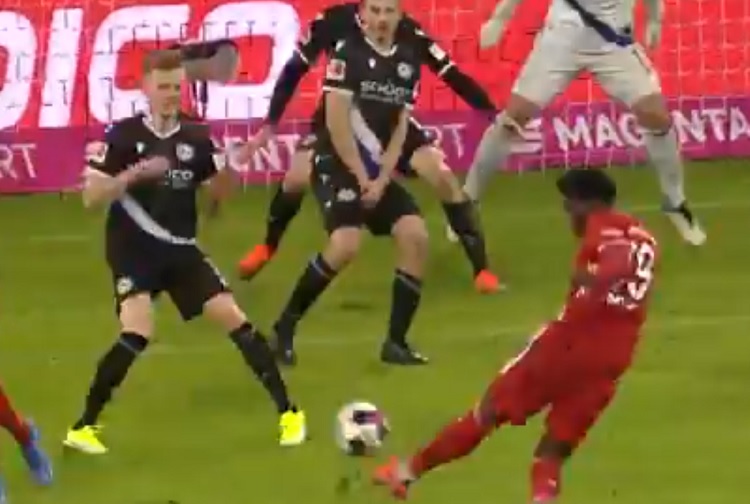 Bayern Munich were thoroughly shocked at the Allianz Arena as they went two goals down in the first half of their match with relegation strugglers Arminia Bielefeld on Monday, courtesy of goals from Michel Vlap and Amos Pieper. Robert Lewandowski pulled one back three minutes after the break, but then Christian Gebauer scored again for the visitors. The Bavarians were eventually spared the blushes by Corentin Tolisso who made it 2-3 in the 57th minute, and then this finely taken shot from Alphonso Davies in the 69th.