Jerome Boateng will be leaving Bayern Munich next summer, with three Premier League giants hoping to secure his signature.

That’s the information shared by Bild reporter Christian Falk on Twitter today. Falk tends to be highly reliable when it comes to all matters regarding Bayern Munich.

Exclusive: @FCBayern don‘t give @JeromeBoateng a new contract. in summer he is free of charge. This clubs from the premiere league are interested: @Arsenal @ChelseaFC @SpursOfficial Our Story: @BILD_Sport @altobelli13

Boateng, once of Manchester City, has been one of the best defenders of his generation while playing at the Allianz, but all good things have to come to an end.

Now 32-years-old, now could be that time. Falk believes that he will not be renewing his contract with Bayern, which is due to expire at the end of the season.

With Falk’s belief that all of Arsenal, Chelsea and Tottenham are keen, any of those sides will be able to strike a pre-contract agreement with Boateng come January. 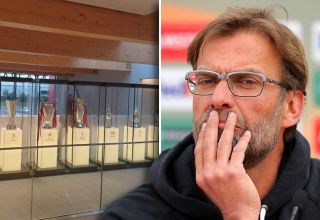 By the sound of things, there’s every chance Boateng could end up on the English shores at some point over the next 12 months or so.