The Athletic’s David Ornstein shut down claims circulating on social media that Arsenal will net a €4m loan fee for Matteo Guendouzi, by reporting that the Gunners will be paid nothing for the ace.

The 21-year-old has not featured at all for Mikel Arteta’s side since his shocking actions in the defeat to Brighton in just the second game of project restart.

There’s been no mention as to whether Hertha will be covering any part of the Arsenal misfit’s wages.

Everything pointed to an exit for Guendouzi gearing up towards the end of the transfer window as the central midfielder was not part of the matchday squad for any of Arsenal’s games so far this season.

Guendouzi showed serious promise after he quickly established himself as an important first-team player after joining from Lorient in summer of 2018 for £7m, as per Goal. 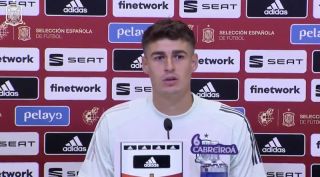 Arsenal fans shouldn’t be too disappointed by the update on Guendouzi’s loan deal, as the MailOnline, report that the £900,000 deal to sign young defender Omar Rekik was tied to the Frenchman’s move.

Guendouzi’s apparent attitude and behaviour issues have led to the talent being cast aside, with a loan exit clearly the best option in an effort to ensure the aggressive ace gets regular first-team football.

Guendouzi has made 82 appearances across all competitions for the Gunners, scoring once and chipping in with five assists.

It’s been quite the fall from grace for Guendouzi, around this time last year, the talent had been called up to France’s senior squad for the first couple of times.