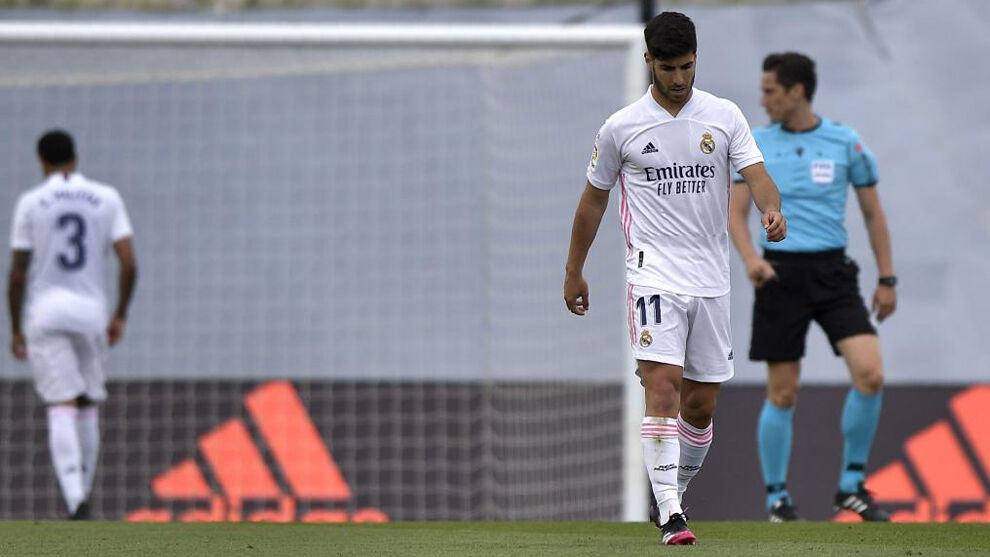 It wasn’t the best of seasons for Real Madrid winger Marco Asensio, who finished the campaign with seven goals in 48 matches and missed out on a call-up to the Spain squad for this summer’s European Championship.

The former Espanyol loanee still has the backing of the club, but it is clear that the fans and coaching staff expected more of the 25-year-old this year.

Asensio has shown himself prepared to fight, however, as evidenced by the fact he has been playing through pain for much of the season.

It seems the knee injury he suffered in 2019 is still bothering him and affecting his performances.

“It has been a tough season, in which, in spite of the obstacles, we made a great team effort, fighting to win until the end,” tweeted Asensio.

“For me, personally, it has been a year of great learning, overcoming pain and situations that have made me much stronger and helped me to grow as a player.

“Now it is time to stop and face the next season with all the world’s strength to give my best. Thank you Madridistas for your support. Next season will be easier with you closer to us.”

Asensio is focused on next season and, despite the suggestion Real Madrid will listen to offers for any of their players, he has no intention of going anywhere.

The club, likewise, are happy to wait and they believe he has the sort of talent worth waiting for.