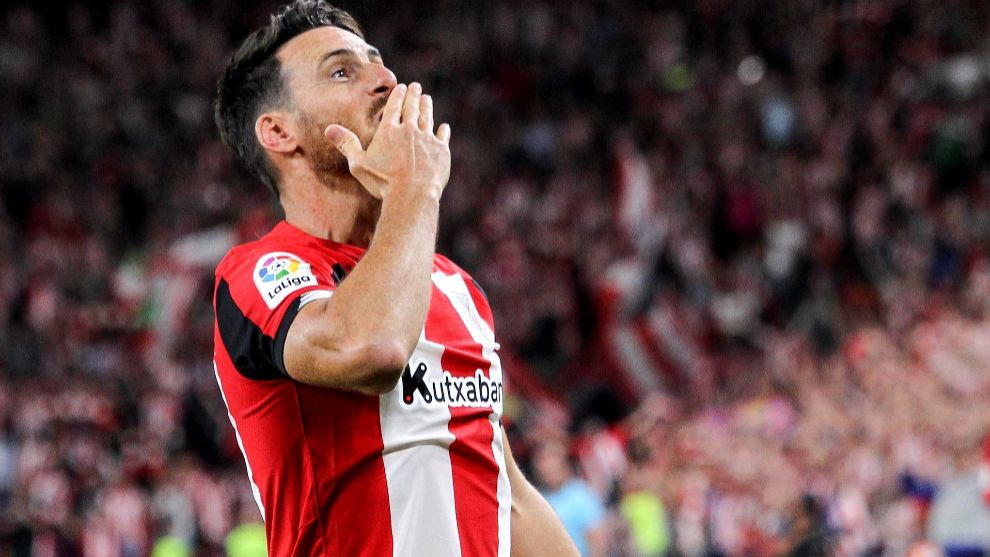 Aritz Aduriz has hung up his boots. Right away. It was known that this was going to be his final year, although nobody expected this ending. Until just two weeks ago, the plan was to say farewell after the Copa del Rey final in July or August, which was Athletic Club’s ambition for a big farewell, but postponing the event until 2021 put an end to this idea. Aduriz will go from the pitch to the operating theatre to treat a hip injury. The striker who has never worn the No.9 jersey in his professional career leaves on the 20th of 2020. His number at Athletic was, of course, No.20. The one he inherited from Ismael Urzaiz.

Aritz Aduriz has retired. With immediate effect. Seven minutes before 17:00 CEST on Wednesday, May 20, the striker shocked Athletic Club’s supporters with a clear message on social media. A letter, written in English, Basque and Spanish, summarised his feelings. Direct. Clear. Incisive. Just like his game. No nooks and crannies, no double entendre. He’ll never wear a football kit again, at least not in a professional capacity. It’s not worth extending the suffering that the hip injury had brought him, which he will have to get a prosthetic for. He will now enjoy the rest of the LaLiga Santander season as an ex-footballer.

Aduriz, now 39, instantly goes from the dressing room to being one of the Athletic’s all-time greats, where he is their top scorer in the 21st century. The striker accompanied his farewell letter with a picture of him as a child, holding a plastic football in his hands whilst dressed in a winter jumper. The ball always called to him, despite the fact that in his family his parents were more the mountainous type, both in summer and in winter. The mountains and skiing were traditional sports in the Aduriz family, so for a while Aritz was devoted to both. And he was not bad at it, because he was the runner-up in Spain for cross-country skiing at cadete (15/16) age. Football was stronger than blood and Aduriz had a successful career as a striker.

He said goodbye on his social media accounts, which is not the norm for him. Aduriz has never lavished himself on social media. On Twitter he has more than 26,800 followers, but he only follows two profiles – the two Athletic officials in Basque and Spanish – and the account he opened in 2011, during his time as a Valencia player, has barely been touched. The few tweets were broken by his farewell message, which came hours after a thank you piece was published in the New York Times. The prelude to the farewell. The striker leaves and Aduriz the citizen remains, the one who arrived at Athletic’s training ground at the wheel of an electric vehicle that was charged at the facilities; the one who did not allow his impressive on-pitch performances to affect his personality off the pitch; the guy who made thousands happy for many days. The No.20 is gone.

Why Luis Campos could be a huge appointment for Spurs

Wed May 20 , 2020
The work of a Sporting Director or a Director of Football is still a bit of a mystery in Britain, but we’re starting to see many great examples on the continent that prove it can be a great thing. A lot of British managers are still stuck in the expectation […]