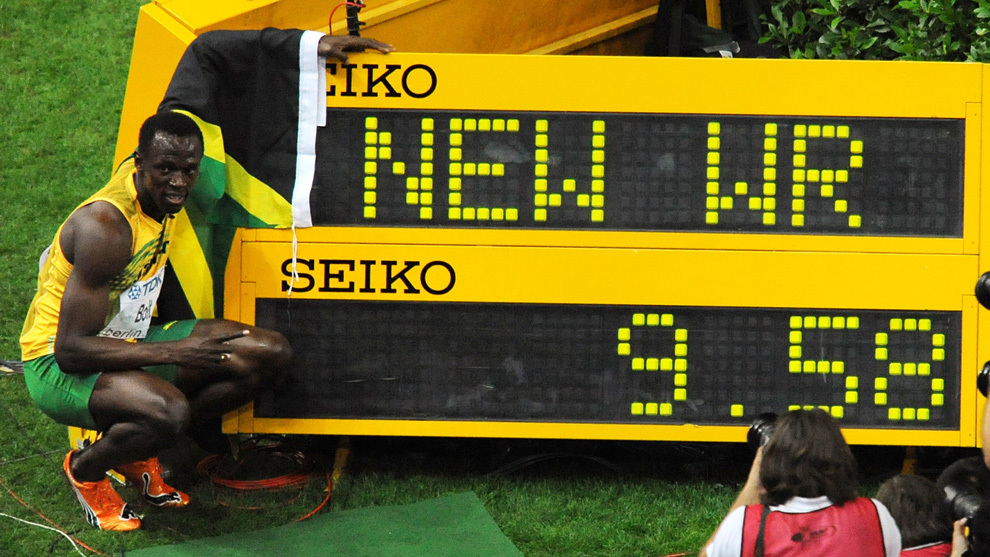 Despite retiring from athletics in 2017, Usain Bolt still holds the world record in 100m and doesn’t think it will be beaten any time soon.

Bolt set a time of 9.58 seconds on August 6, 2009 for the 100m at the Olympiastadion in Berlin and as yet the closest anyone has come to matching it was Tyson Gay who ran a 9.69 second time in the same year.

“The level that it took me to get my records was a long way and a lot of hard work, and I think my physical attributes, the fact that I am tall helped and I think it’ll take a while before someone gets there.”

However, he did offer hope in the fact that he feels his level may not be the limit for the human body overall.

“I think the limit is just your mind,” Bolt continued, “and the work you need to put in because people are figuring out more and more how to train to be more efficient running.

“So it is just a matter of time until people figure out if train like this or do this more, so the limit is just what your mind can perceive.”