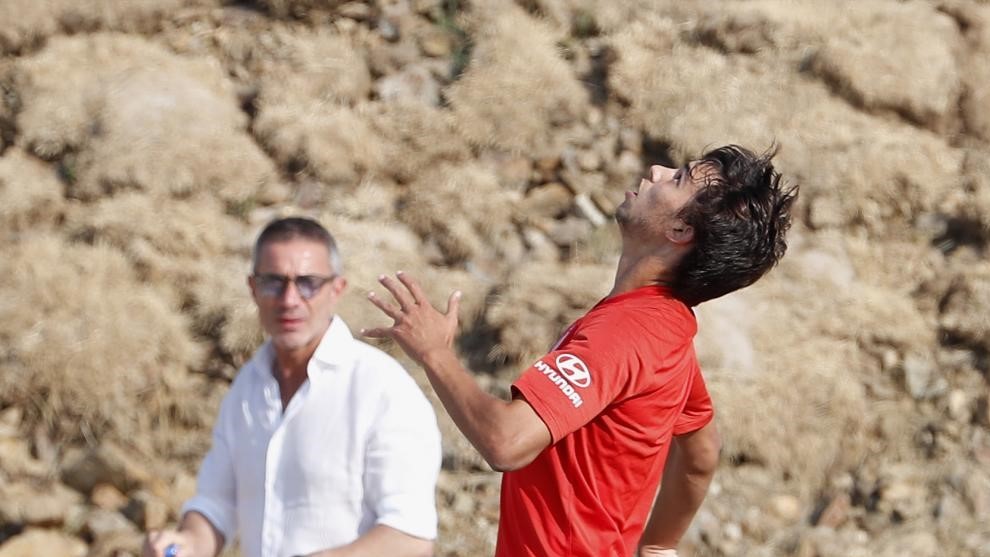 On July 14, 2017, Andrea Berta officially became Atletico Madrid’s sporting director and since that moment he has managed to become key to the team’s progress.

The Italian, who replaced Jose Luis Perez Caminero, is now one of the most sought-after sporting directors in Europe.

Several LaLiga Santander and Premier League teams have tried to lure him out of Atletico.

His work last summer impressed many as last year he managed to rebuild an Atleti side that had lost many important players such as Juanfran, Diego Godin, Filipe Luis, Antoine Griezmann, Rodrigo Hernandez and Lucas Hernandez.

Kieran Trippier, Felipe Monteiro, Mario Hermoso, Renan Lodi, Marcos Llorente, Hector Herrera and Joao Felix arrived to fill the void and the overall outcome of the 2019/20 season is considered as positive by the club.

It was a difficult season for Atletico, who insisted that it would be a transition year, but following the coronavirus outbreak Berta’s work has been made even tougher.

The pandemic resulted in a financial crisis in football that affects all clubs, including Atleti.

Los Rojiblancos’ CEO Miguel Angel Gil Marin has acknowledged that the club can spend just 25 percent of their income in the ongoing transfer window and Berta has prioritised players’ sales over signings.

If Atletico manage to sell some of them, they will be able to hit the market in search of a midfielder and a forward.

Espanyol midfielder Marc Roca has attracted their interest, but the Catalans have put a 15 million euro price tag on him, which means that Atleti have to get 60m euros from sales.

This could happen if a club decide to trigger Thomas Partey’s buyout clause, which is set at 50m euros.

Atletico are also interested in Arsenal striker Alexandre Lacazette, although he is not Berta’s only option to strengthen the team’s attack.

It’s certainly a difficult summer for all clubs and for sporting directors like Berta.