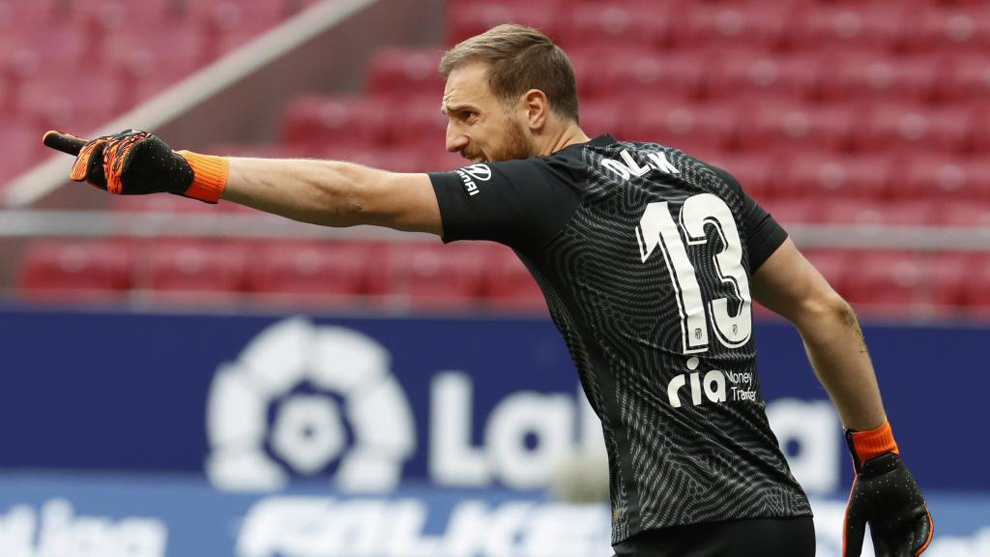 While everyone is talking about the goals of Luis Suarez, Joao Felix and Diego Costa at Atletico Madrid, their goalkeeper remains their most consistent performer.

As the goals have dried up for Los Rojiblancos in the last two games, Jan Oblak has made sure that the points have not.

The Slovenian has conceded just one goal in Atletico’s first three games of the season and it’s not because he’s not been worked.

With the score still at 1-0 against Granada last Sunday, Oblak appeared to prevent Victor Diaz from scoring an equaliser.

When Atletico’s attackers couldn’t find breakthroughs against Huesca on Wednesday and then Villarreal on Saturday, Oblak kept clean sheets in both games, ensuring a point at least.

He didn’t have much to do at El Alcoraz, but Villarreal provided a much sterner test to his resolve in goal at the Estadio Wanda Metropolitano.

Oblak made saves to deny Mario Gaspar and Gerard Moreno, dominating his penalty area in the process.

The 27-year-old’s sheer presence makes opponents think twice about shooting from distance, because they really have to nail their strike if they want to have a chance of scoring.

On top of that, Oblak’s ability to come and collect crosses also stops opponents using that particular approach when going forward.

The only thing you could pick out of Oblak’s game is that he’s not as good with his feet as he’d like to be.

An improvement in this department is being noted – he completed 16 of his 18 pass attempts against Villarreal.

Even so, there’s no downplaying Oblak’s importance to Atletico and Diego Simeone, who always speaks highly of his goalkeeper.

“I have no doubt that we have the best goalkeeper in the world,” the Argentine coach said after Atletico knocked Liverpool out of the Champions League in March.