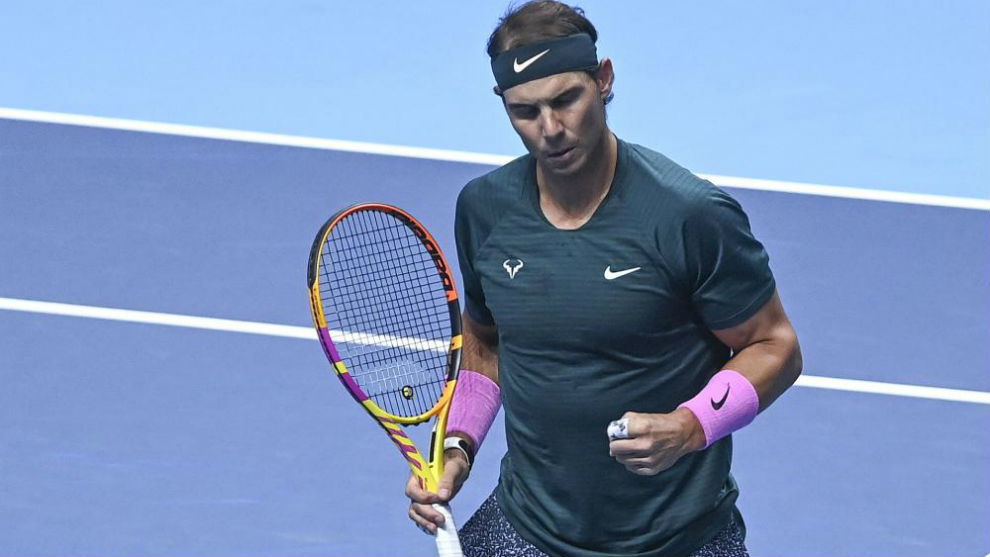 Rafael Nadal got off to a winning start at the ATP Finals in London on Sunday evening.

The Spaniard convincingly saw off Andrey Rublev 6-3, 6-4 in an hour and 17 minutes.

Only twice, in 2013 against David Ferrer and in 2015 against Stan Wawrinka, had Nadal enjoyed a more comfortable debut in the ATP Finals, giving up just five games on each of those occasions.

Nadal now leads the pack in London, tied for wins with Dominic Thiem, whom he’ll meet on Tuesday after the Austrian saw off Stefanos Tsitsipas earlier on Sunday evening.

“He improves every year,” Nadal said of Thiem on Sunday, looking ahead to their next meeting. “He deserves all of his success because he works.

“The game against him will be a huge challenge and I’ll have to be at my best level, otherwise it’ll be impossible.”

Those competing in London are currently operating within a bubble due to the coronavirus pandemic, but Nadal knows that he is lucky to be doing what he loves.

“The world is suffering a lot and we’re lucky to be playing tennis,” Nadal added. “Of course we’re more bored than normal without our family and without going out to dinner, but we cannot complain.

“We have to be thankful for being able to do our work thanks to the ATP. A lot of tournaments are even losing money by going ahead.”