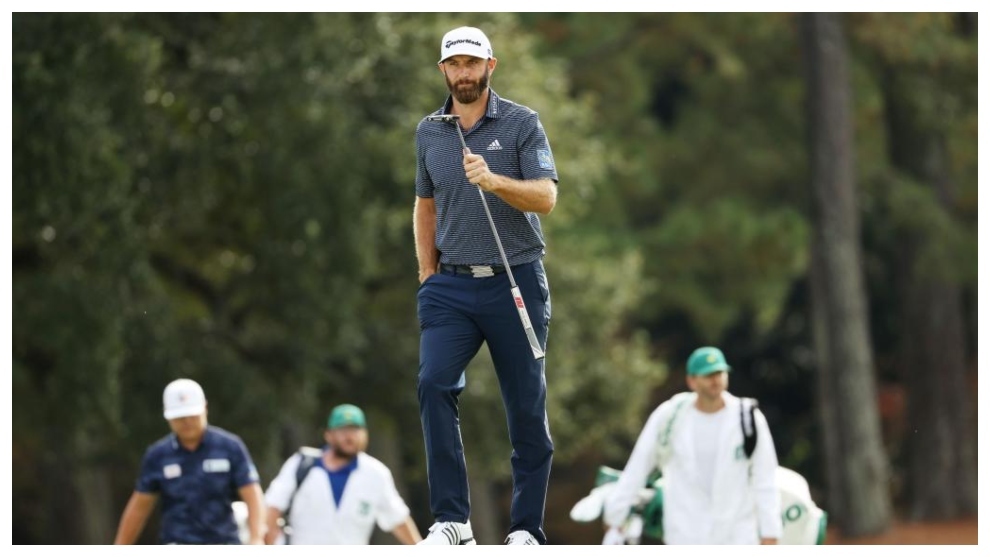 Dustin Johnson completed a dominant 2020 Masters by claiming victory in Augusta on Sunday evening, finishing 20 under par with a new record score.

As well as winning the tournament by five strokes, Johnson’s 20 under set a tournament record, beating the previous record held by both Tiger Woods and Jordan Spieth by two.

Sunday’s action didn’t change all that much on the leaderboard, with Cameron Smith and Sungjae Im being Johnson’s closest competitors. The pair finished tied in second, five strokes behind the 36-year-old American.

Justin Thomas came in fourth at 12 under, ahead of Dylan Fritteli and Rory McIlroy, who were level at 11 under in fifth.

Johnson had made a couple of errors early in the day on Sunday, which opened the door somewhat for Im. But the Korean disappointingly missed a putt on the sixth hole that allowed for Johnson to enjoy some breathing room.

Smith ended the Masters with some consolation as he became, after more than 6,600 participants, the first player to finish all four rounds in under 70 strokes.