Barcelona When he shoots, he usually scores 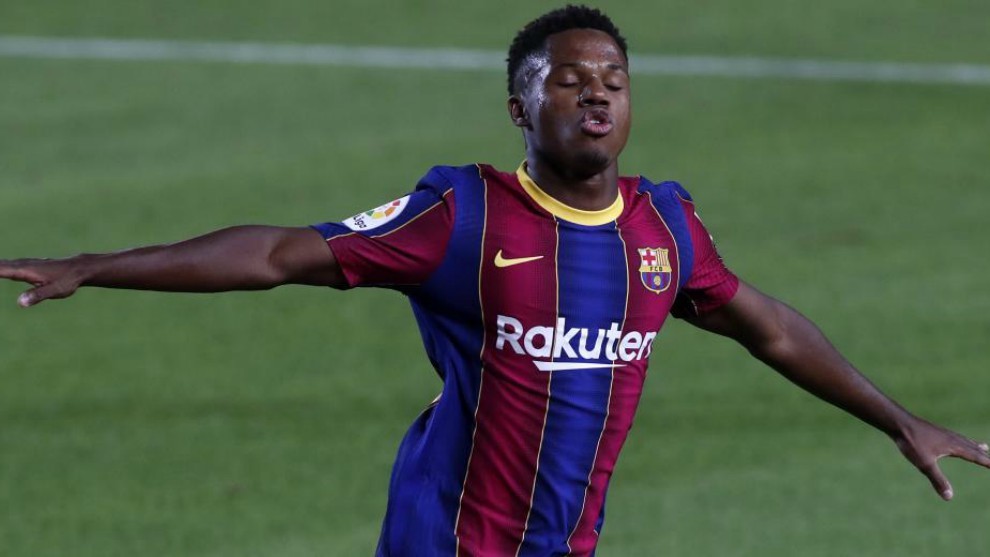 Although he’s not yet 18 years old, Ansu Fati has already emerged as Barcelona’s star in these early stages of the 2020/21 campaign.

Just two games have been enough for fans to have their mouths watering at what the Spain international has produced so far and for them to grow more excited by the minute at what his future at the Camp Nou could hold.

Ronald Koeman was clear on Saturday in saying that “Ansu Fati is above [Ousmane] Dembele,” despite the latter having 105 million euros up front and another 40 million euros in add-ons spent on him just three years ago. 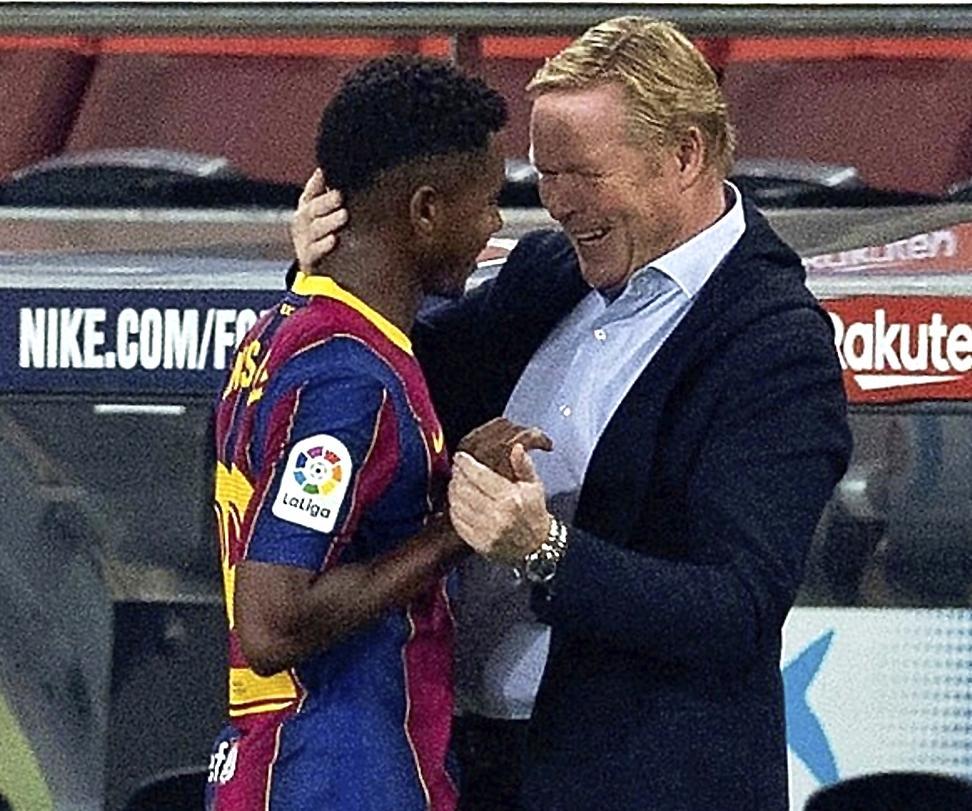 Ansu Fati has goals in him. It’s the most valuable thing in footballer and the youngster appears to have it in his blood.

In the first two games of this season, he already has three goals to his name and sits on top of LaLiga Santander’s scoring charts, despite the Catalans having played fewer games than most sides.

What’s most surprising about Ansu Fati is how few chances he needs to score. He’s clinical in front of goal, and his three goals have come from the only three shots he’s had on target so far.

Including last season, Ansu Fati has scored 11 of the 17 shots he’s put on target, boasting a success rate of 64.8 percent, which is an incredible return for any player, never mind one who is yet to see his 18th birthday.

His eye for goal has earned him a starting spot under Koeman at Barcelona, although the coach knows that he has to be protected.

Sergio Busquets echoed his coach’s words after their midweek win over Celta Vigo too, but Barcelona are a club who know how to nurture young talent.

All of that said, though, Ansu Fati appears capable of handling the pressure, as it has surrounded him since he debuted as a 16-year-old at the beginning of the 2019/20 season.

His release clause has been increased to 400 million euros, and he’ll have his renewal negotiated during the 2020/21 campaign.