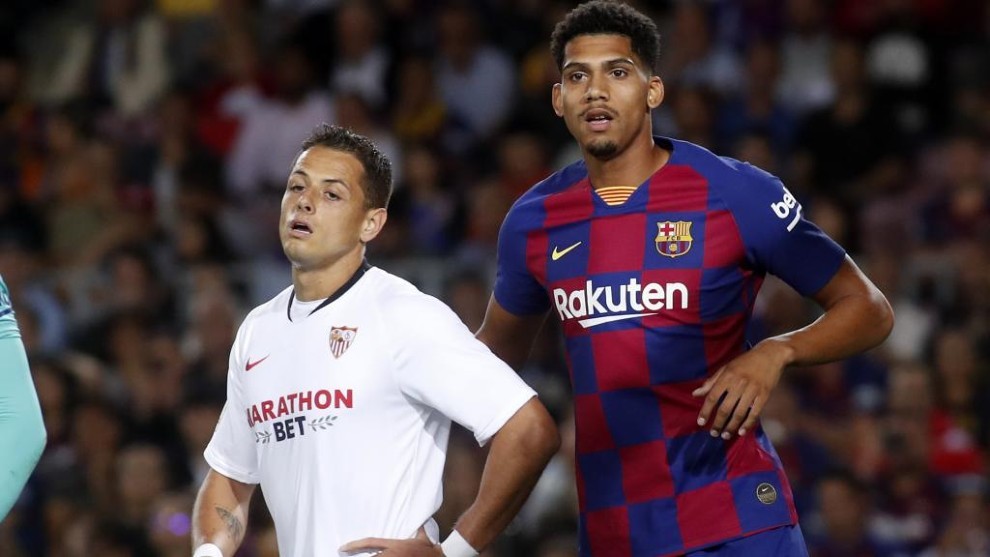 Just under a year ago, on October 6, 2019, to be exact, Ronald Araujo made his first-team debut for Barcelona.

Ernesto Valverde put the youngster on for the injured Jean-Clair Todibo during the second half against Sevilla at the Camp Nou, with the hosts already 3-0 up.

Not long after stepping on to the field, Araujo was sent off after fouling Javier Hernandez as the last man.

“The red card didn’t dampen the excitement of my debut,” the defender said afterwards.

This appeared to be true, as Araujo continued his development in the B team for the rest of the campaign.

His performances at the centre of defence prompted president Josep Maria Bartomeu to promise him a first-team shirt number for the following season.

That hasn’t happened, though.

If another centre-back is brought in before the transfer deadline, the Uruguayan will be fourth choice in his position.

After his debut against Sevilla last season, Araujo didn’t play for the first team again until after lockdown, when he featured alongside Gerard Pique against Real Mallorca.

The 21-year-old was given more minutes by Quique Setien against Villarreal, Espanyol, Real Valladolid and Alaves before the end of the campaign.

Now, with Clement Lenglet suspended and Samuel Umtiti still not fit, Araujo will be looking to prove a point against Sevilla.

He believes he has the potential to be a first-team player at Barcelona, even if the club are looking to sign a centre-back in the transfer market.

On Sunday, he has a chance to stake a claim to be backup to Pique and Lenglet.

On top of that, Araujo has been called up by Oscar Tabarez for Uruguay’s World Cup qualifiers against Chile and Ecuador this month.

If he features in either of those games, it will be his senior debut for his country.