Barcelona Want him to face Sevilla 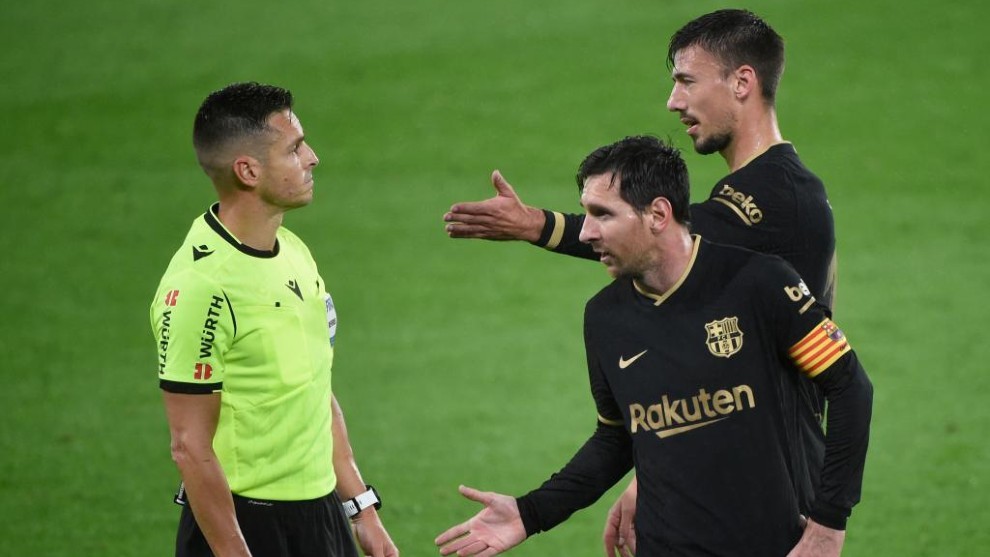 Barcelona have decided to appeal the second yellow card that saw Clement Lenglet sent off in their win over Celta Vigo on Thursday evening.

The Catalans came out on top with a 3-0 win, despite having to play the majority of the game with 10 men after the centre-back’s dismissal in the first half, with them leading 1-0 at the time.

“Reprimanded for the following reason: hitting an opponent’s face with his arm in a reckless battle for the ball,” is what referee Carlos del Cerro Grande wrote in his post-match report.

Barcelona, though, claim that the referee’s description of events doesn’t match up with the reality of what happened and have, as a result, called for the card to be rescinded.

The Catalans are hopeful that Lenglet will be available for their game against Sevilla at the Estadio Sanchez Pizjuan on Sunday night.

Coach Ronald Koeman commented on the dismissal after the game on Thursday, expressing his own belief that the decision was debatable while trying to avoid direct criticism.

“You can argue whether it was a card or not,” the Dutchman said.

“It was a harsh decision.

“The referee has a complicated job, but it is a decision that shouldn’t be discussed.

The 25-year-old defender had played 90 minutes in Barcelona’s 4-0 defeat of Villarreal as they opened their 2020/21 LaLiga Santander season and was set to start against former club Sevilla on Sunday evening.

Lenglet played 73 times for Sevilla before joining the Catalans, where he has since gone on to make 86 appearances.