Barcelona Have the joint-most goals in the Champions League 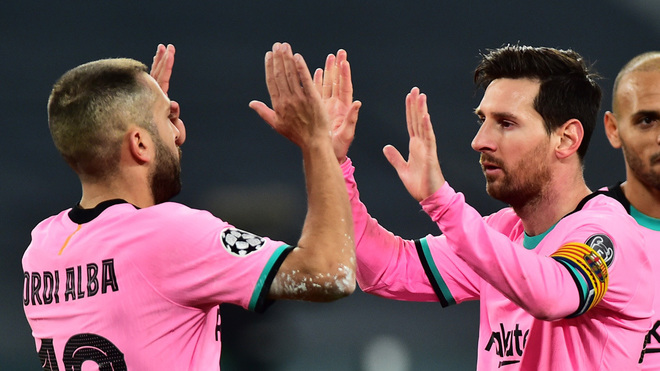 Barcelona have bounced back from their 8-2 defeat to Bayern Munich by recording two successive victories in the 2020/21 edition of the Champions League, turning to their attack to win matches.

A 5-1 victory over Ferencvaros kickstarted the Blaugrana’s campaign, yet it was Wednesday’s 2-0 victory away to Juventus that was all the more impressive.

Lionel Messi was in imperious form, with the Bianconeri defence unable to get close enough to him in order to halt his march to a goal and an assist on the night.

Ousmane Dembele and Pedri were both excellent, as the two prodigious talents were given the freedom to simply focus on attacking play, although this was somewhat down to Juventus’ ill-balanced pressing work.

Having scored seven goals across their opening two matches, they have gone level with Manchester United as the highest scorers of the tournament so far.

Ronald Koeman’s Barcelona have taken a total of 35 shots, which is the most in the competition and which is followed closely by Bayern Munich (34) and Paris Saint-Germain (33). Of those 35 shots, 15 have been on target, just two shy of Atalanta’s 17 and one ahead of Manchester United’s 14.

Koeman has looked to make intensity a hallmark of his team at the Camp Nou and, whilst results haven’t always been positive, there seems to be a clear improvement in the efficiency of the Blaugrana’s attacking play from last term.

This hasn’t, though, meant a drop in terms of finesse as the Catalan club boast a pass completion rate of 90 percent in their first two group games, whilst they have averaged 55 percent possession over the same time period.

In total this season, Barcelona have played seven matches and they’ve scored 16 goals so far. They’re turning to attack as they look to avoid another trophyless season.