Barcelona Koeman doesn’t have faith in him 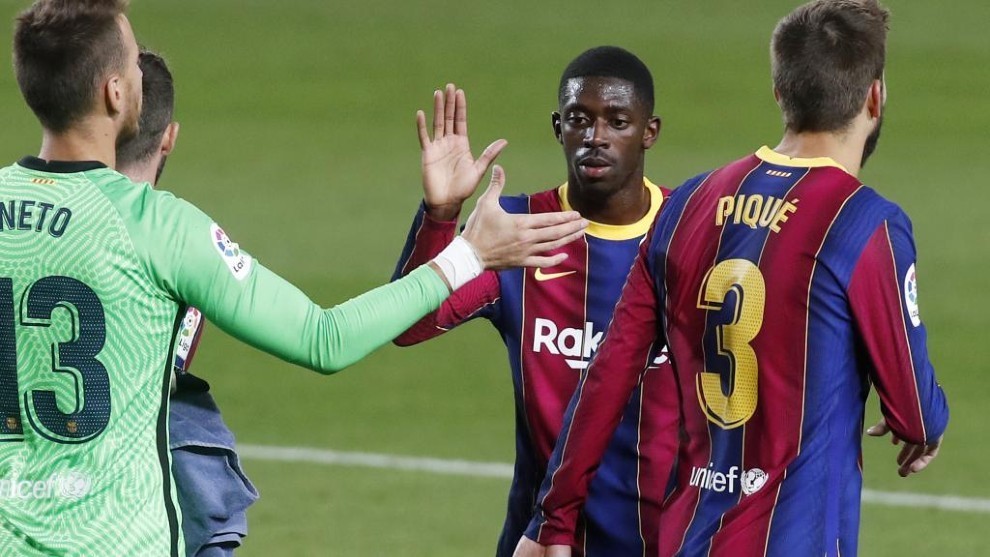 Despite interest from Manchester United in the summer, Ousmane Dembele remained in place at Barcelona, irrespective of not being in Ronald Koeman’s primary plans this season, and now we have passed a full calendar year since he last found the net for Los Cules.

On August 24, 2017, Borussia Dortmund acquiesced and allowed Dembele to move to the Camp Nou for a fixed fee of 105 million euros plus a further 40 million in achievable bonuses. He arrived with a lot of fanfare as the player that was supposed to make fans forget all about Neymar, yet three years on those same fans have arguably forgotten about Dembele far quicker than they have the Brazilian.

Injuries weren’t kind to Dembele in his first season, but a lot of his problems after that have been self-inflicted, as a direct result of a perceived lack of professional desire. We’re now heading into the fourth season of Dembele and Barcelona’s strained marriage, and it was on October 6, 2019 when he last found the net.

It was a goal of real beauty and one which showed just why the Blaugrana paid so much for the winger in the first place, he embarrassed Diego Carlos leaving the defender on the ground and then placed the ball beyond the goalkeeper. Many will say that after Lionel Messi, Dembele is the most talented footballer in the squad, with everything from speed, close control when dribbling, can use both feet, yet Barcelona no longer want him and did everything to force him out of the club in the summer.

Rivaldo, a player who was no stranger to controversy during his years at the Camp Nou, reflected on the situation involving Dembele, providing a bleak outlook for the Frenchman. “He keeps getting injured, arriving late to training sessions and he should be more responsible,” he explained in an interview with Betfair. If he did his job, if he was playing regular then he would have every right in the world to stay at Barcelona, but that’s not the case”.

“Dembele has done nothing to pay the club back for the enormous effort they made in signing him.” Dembele now has further problems at the club, Coutinho and Ansu Fati, whom Ronald Koeman trusts far more than the former Dortmund star”.

Both Coutinho and Fati are playing at a high level, shining in the opening three LaLiga Santander matches of the season, whilst it looks like Dembele’s wait for a first-team goal will last a little longer.