Barcelona Had his first press conference 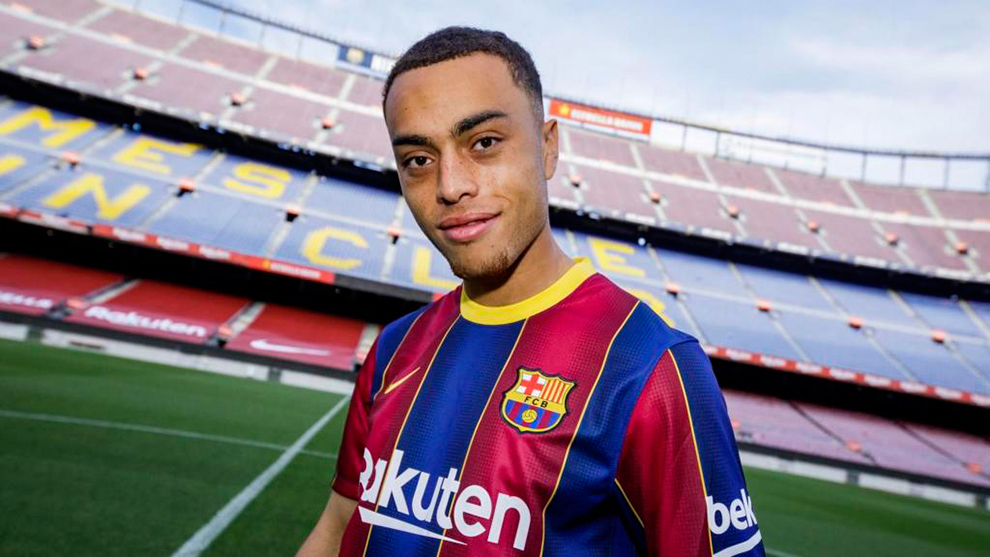 New Barcelona player Sergino Dest has had been presented to the media, following his arrival from Ajax.

The right-back was asked about the fact that there was also an important offer on the table from Bayern Munich before he decided to come to the Camp Nou instead.

“Bayern are a great club, but I just followed my heart,” he replied during a virtual press conference.

“Barcelona is the right decision for me.

“It means a lot to me because I’m the first American to wear this jersey and I feel very honoured.

“I really want to get started, to play in this team.

“This is a dream club for me, a dream come true.

“I’m very happy to be here.

“I’m happy that you guys are so convinced of me as a right-back for this team.

“I’ll give the best I have to reach my full potential to do the best I can for the team and to win the titles, Champions League and LaLiga.

Dest grew up admiring the great play of Dani Alves, who used to occupy the wing at the Camp Nou that the Dutch-American will try to make his.

“My role model was Dani Alves,” he said.

“Dani Alves played for this club and was a really good player at right-back, the same position.

“From watching his clips on YouTube, I learned a lot from him.

“I can still learn a lot from him because some of his teammates are here, like Lionel Messi.

“I can ask for advice.

“I want to be a player similar to him.”

Lionel Messi is another player that the 19-year-old grew up watching and Dest described his excitement at being in the same squad as the Argentine.

“It’s amazing to play with the best player in the world, with Lionel Messi,” he said.

“I looked up to him too.

“If I see him today in the afternoon, it will be so exciting to meet the best player in the world.”