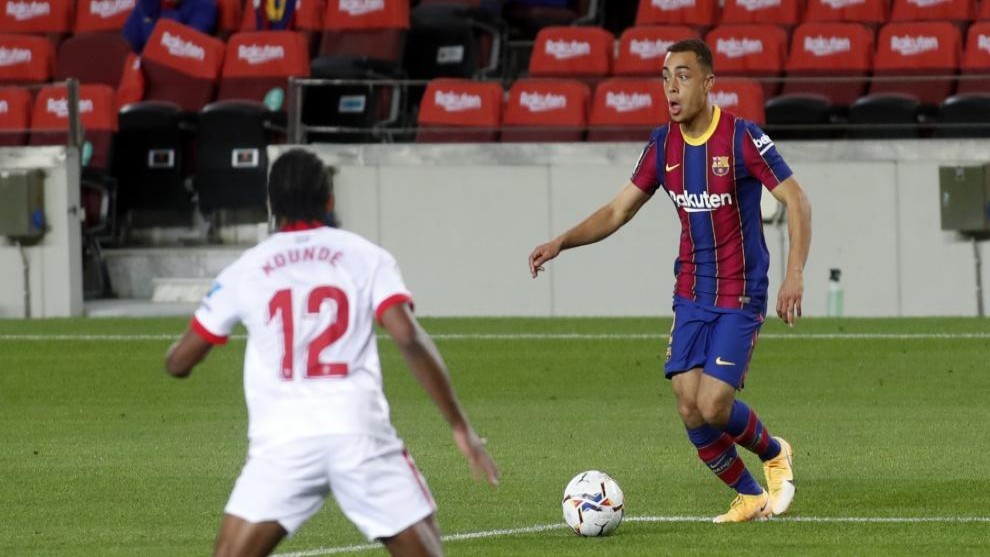 By coming on during Barcelona’s 1-1 draw with Sevilla, Sergino Dest became the first American to represent Barcelona in an official match.

He was thrilled to have been given an opportunity by Ronald Koeman and spoke about his historic debut afterwards.

“Unfortunately, we tied and normally we want to win, but I’m happy with my debut and the confidence the coach gave me,” he said in a post-match interview with the club’s official media.

“Hopefully I can play more in the coming days.

“Now the focus is on the next game.

“People are going with their national teams, but then Getafe is the next opponent and we have to win that game.”

Dest also spoke of how impressive the Camp Nou is.

“This is the stadium of my dreams, the biggest in Europe,” he said.

“Unfortunately, because of the coronavirus, there’s no public.