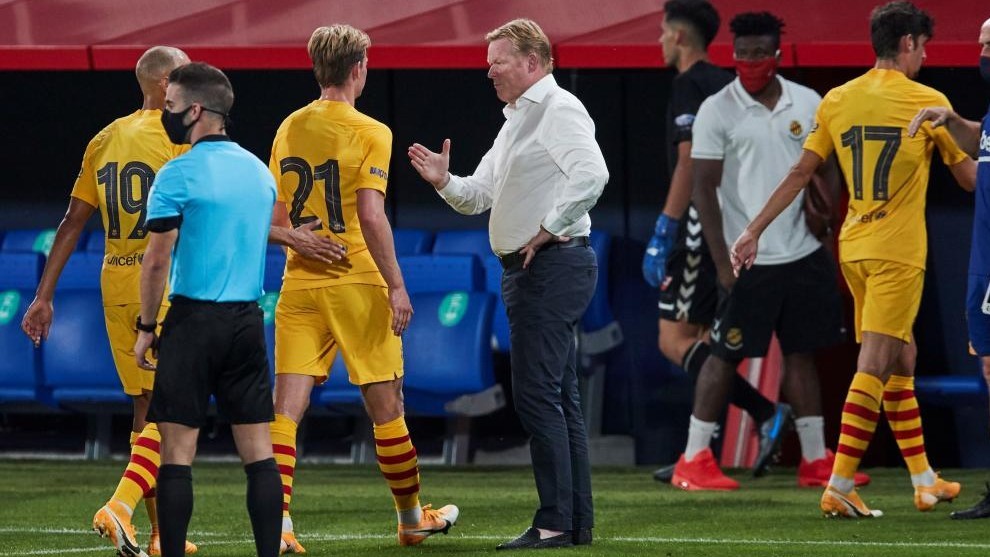 Barcelona take on Girona at the Estadi Johan Cruyff at 19:00 CEST on Wednesday evening in what will be Ronald Koeman’s second friendly game in charge.

The Dutchman is expected to give minutes to almost everyone at his disposal, but he still has a number of decisions to make.

Koeman will likely stick with his 4-2-3-1 setup and there will be two different XIs – one for each half, just like on Saturday.

The new coach is keen to see intensity from his players, something he felt was lacking over the weekend.

Unfortunately, new signing Miralem Pjanic won’t be available as he’s still complying with protocol after having overcome the coronavirus.

One of the biggest doubts surrounding the game is whether or not Koeman will again leave Luis Suarez out of the side as he still hasn’t completed his exit from the Camp Nou.

After Wednesday, Barcelona play one more game against Elche on Saturday before getting back to LaLiga Santander action against Villarreal on September 26 or 27.