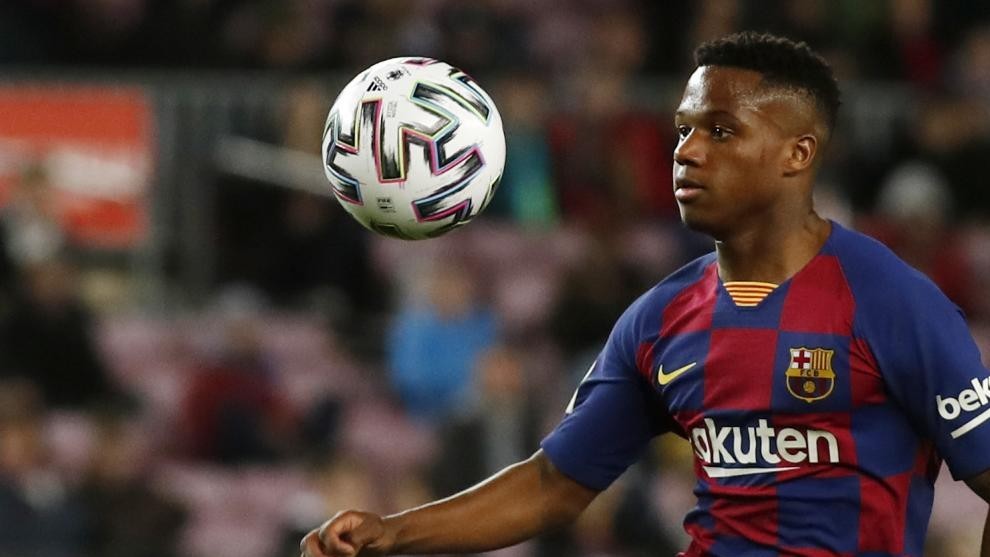 Ansu Fati has been ruled out of Barcelona’s pre-season friendly with Nastic on Saturday.

The forward suffered bruising to his right hip during training on Friday morning.

Barcelona will monitor his fitness as time goes on and decide when he can return to training.

The 17-year-old has only just returned to Barcelona after starring for Spain during September’s Nations League games, making his senior debut against Germany and scoring his first goal against Ukraine.