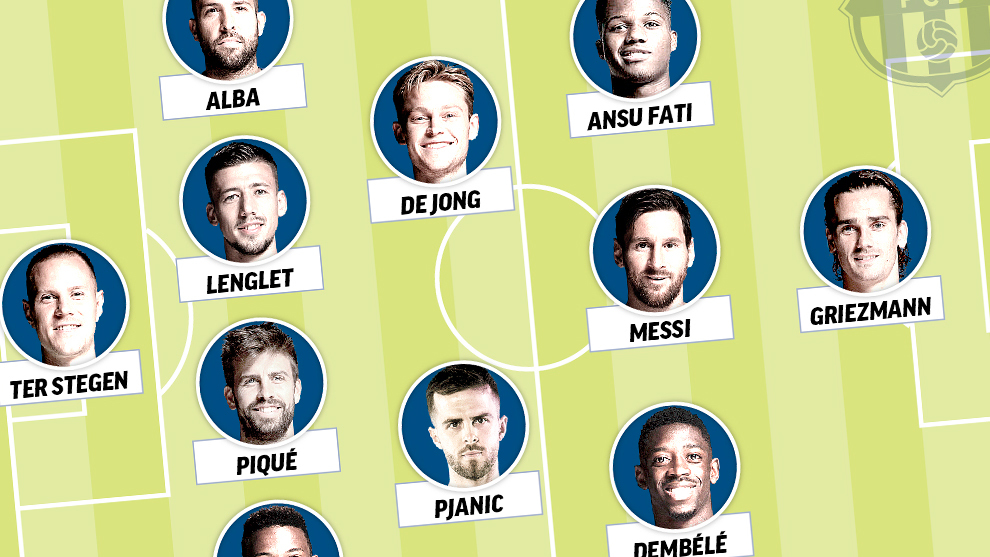 Ronald Koeman will be looking to make his mark on the Barcelona team following his appointment as head coach.

In principle, the Blaugrana’s style of play, based on possession, will remain the same, but Koeman will bring a more direct and more energetic version that neither Ernesto Valverde nor Quique Setien were able to produce.

What we first have to realise is that the Dutchman is not one to stick to just one system.

During his short spell as Netherlands boss, Koeman preferred a 4-3-3 formation, with two holding players and one more advanced midfielder.

It was in one of these holding roles that Frenkie de Jong shone for Ajax and in which he continued to impress for the Netherlands under Koeman. 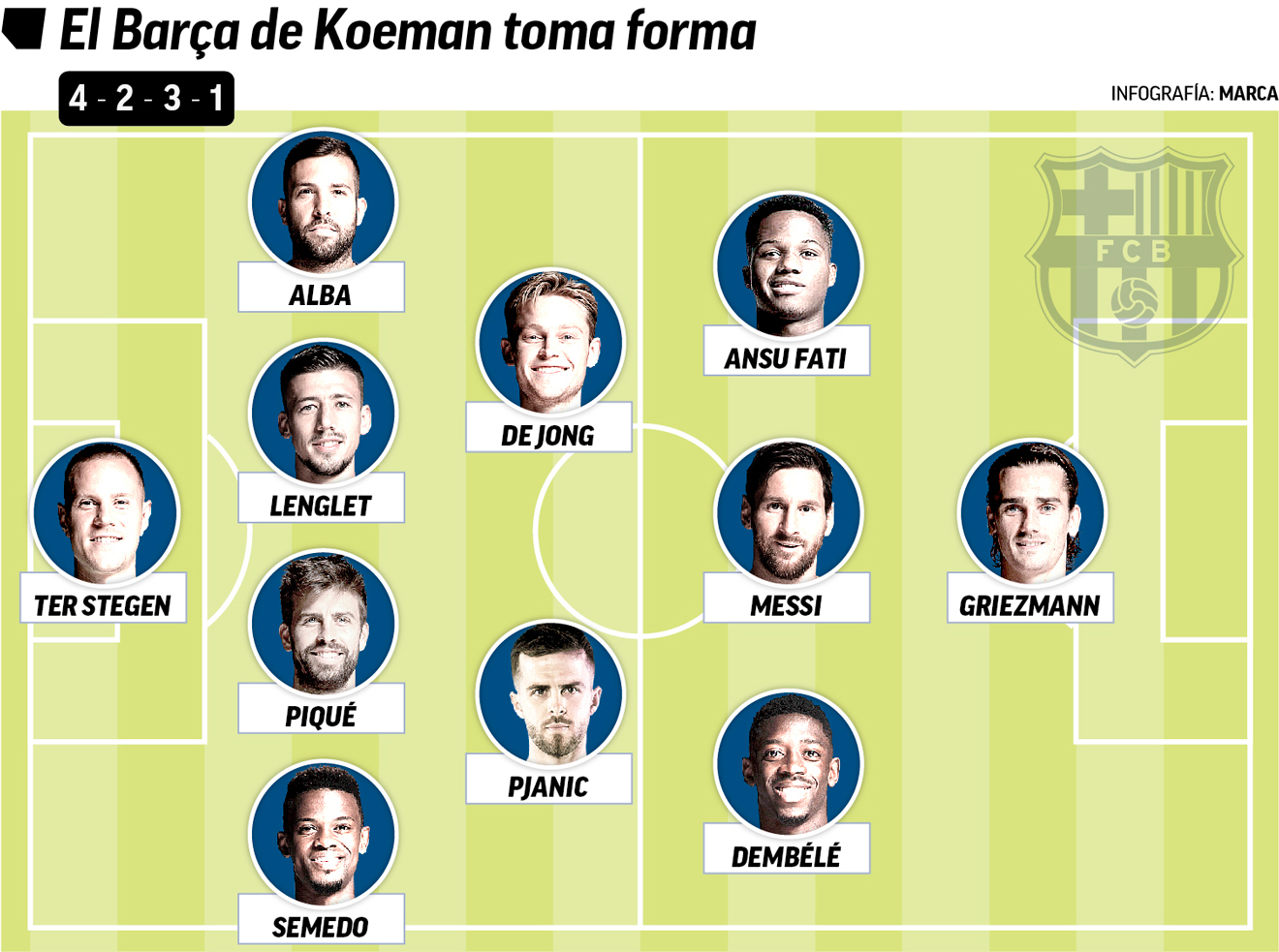 If, as expected, Koeman plays De Jong in his preferred position at the Camp Nou, Sergio Busquets will be the one sacrificed.

Koeman likes to have mobility and dynamism in his midfield, although he often plays a positional midfielder, too.

In terms of the more advanced midfielder, Georginio Wijnaldum was a staple in that position in Koeman’s Netherlands.

Therefore, it’s no surprise the Barcelona boss is interested in signing his compatriot from Liverpool this summer.

If Wijnaldum doesn’t arrive, a former Liverpool player could still play in that position in Philippe Coutinho.

Other options include Pjanic playing further forward, Lionel Messi playing a bit deeper or even Pedri.

Out wide, Koeman likes his wingers to be direct and carry a goal threat.

Ansu Fati fits that profile perhaps better than anyone else at the Camp Nou, while Ousmane Dembele could also benefit in the new system.

Up front, if Lautaro Martinez doesn’t arrive, Antoine Griezmann could be the man to lead the line. 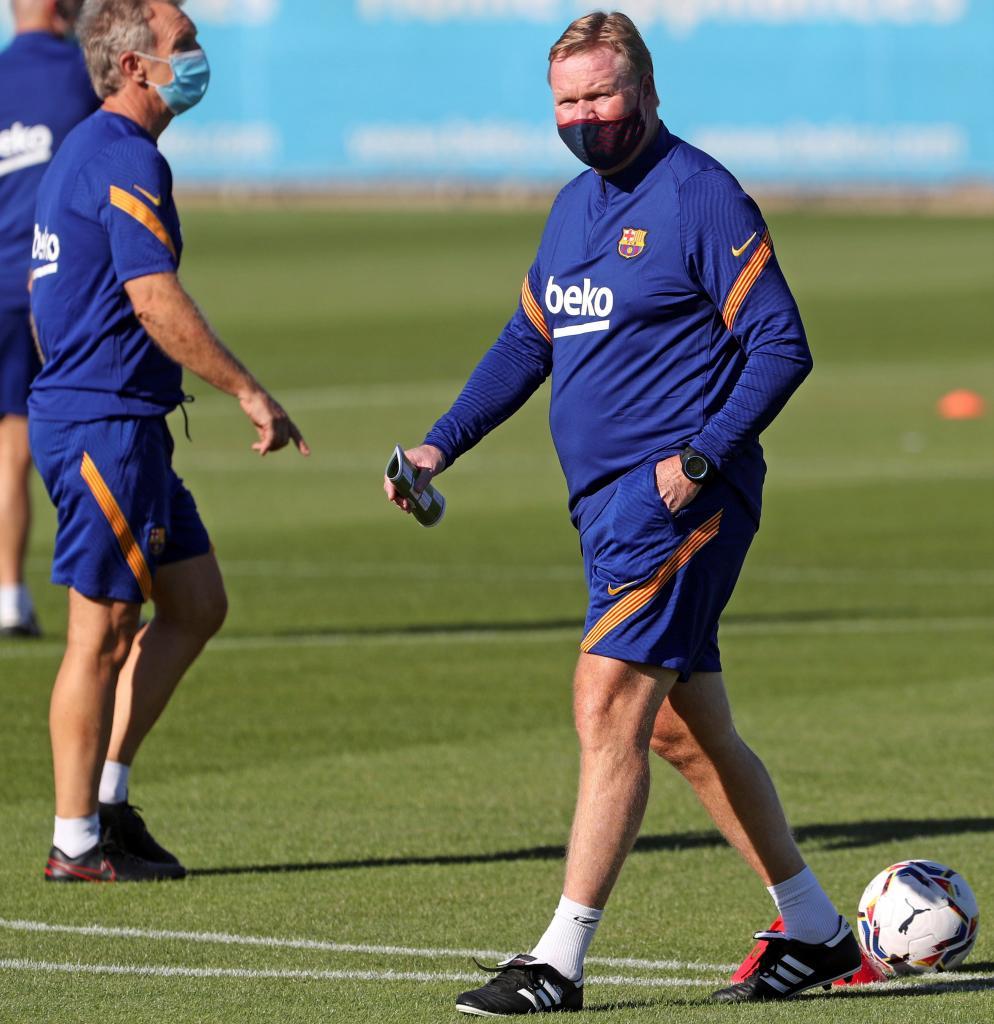 “With all due respect, he’s not a winger,” Koeman said of the Frenchman.

If Griezmann does himself starting alongside Messi, the system could change to a 4-2-3-1 formation, with the Argentine playing in behind the former Atletico Madrid forward.

On the tactical side, Koeman likes his teams to press – something not usually seen from a Barcelona team traditionally.

The Dutchman doesn’t tend to press high but, at the same time, he doesn’t wait for the opposition to come on to his team.

Koeman’s game plan is based around putting pressure on the ball in midfield, winning the ball back and playing it to the forwards directly.