Barcelona Barcelona have reportedly signed him up to 2023 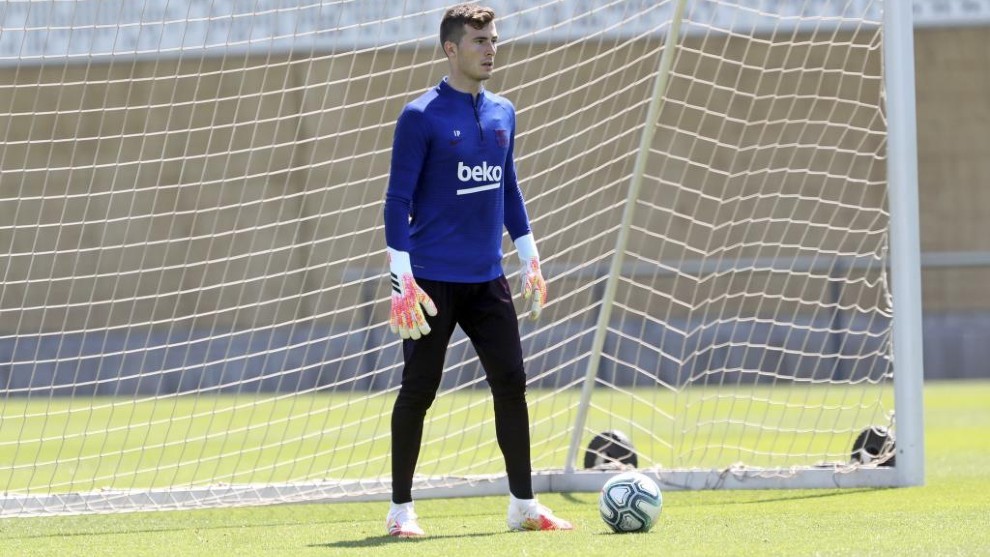 The B team goalkeeper has been in great form and is due to be called up to the first-team squad when a space opens up.

Pena was already a regular with Ernesto Valverde in first-team training and also made his debut for Ronald Koeman in a pre-season friendly against Nastic.

With this in mind, Barcelona have – according to Sport – extended Pena’s deal to 2023, when his previous contract was due to expire in 2021.

Sport also declared that Barcelona will try to find a loan move for Pena in January so that the young goalkeeper can earn some valuable experience at a club in either LaLiga Santander or LaLiga SmartBank.

Another young goalkeeper who has impressed in training is Arnau Tenas.

Both Pena and Tenas are due to train with the first-team squad until Marc-Andre ter Stegen recovers from a knee operation.