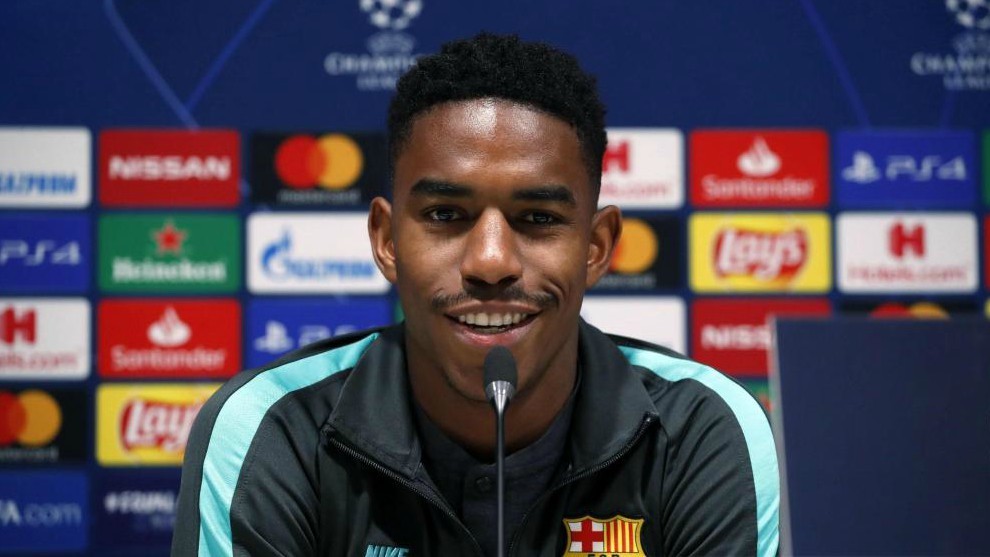 Barcelona will be active in the final hours and days of this transfer window.

Despite sporting director Ramon Planes insisting the club won’t sign players for the sake of signing players, Ronald Koeman has insisted that he needs another centre-back.

In order to raise funds for such a move, the Catalans had put several players up for sale over the course of the summer.

Junior Firpo was one of those who was available at the right price.

The left-back didn’t have a good first season at the Camp Nou and didn’t come close to dislodging Jordi Alba in that position.

Various Serie A clubs were interested in the former Real Betis defender, but no bids were made that matched Barcelona’s 40 million euro valuation of the player.

The club’s idea was that if they were able to get 40m euros for Junior then that would go a long way to funding a transfer for Lautaro Martinez.

However, with just a day or so left before the transfer window shuts, the 24-year-old is destined to stay at Barcelona.

This isn’t a problem for club or player, with Junior warming to Ronald Koeman and his coaching team, who have been impressed with the left-back’s work since taking over.

Another player who won’t be on his way before Monday’s deadline is Rafinha.

Barcelona haven’t received any worth offers for the midfielder, who will now wait until January to see if he can find a new club.

The Brazilian’s contract expires next summer, so he can either leave for a small fee in January or reach a pre-contractual agreement with another team.

With Junior and Rafinha staying put, Barcelona are still working on the signing of Eric Garcia from Manchester City.

If the Catalans can get a good price out of Jean-Clair Todibo, who is the subject of a significant bid from Fulham, then they could tie up Garcia before the window closes.