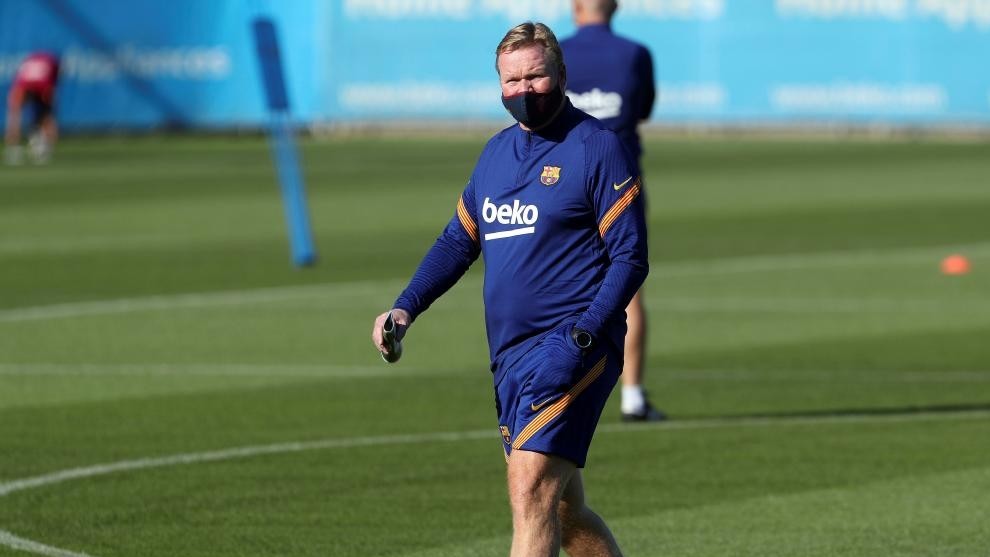 Ronald Koeman has expressed his satisfaction with what he’s seen from his Barcelona squad on the training ground.

The Blaugrana prepare to face Gimnastic de Tarragona and, all in all, despite some turbulence off the training pitch, Koeman is happy with how preparations are going.

“[Training] been very positive,” he told the club’s channels.

“We’re two weeks in and the players are working very well.

“There is a good level of intensity in training, first of all with the fitness side in the opening weeks, and now with tactics.”

“The players have shown a lot of spirit, interest and intensity, and that is the most important thing, because for me you have to train how you play.

“It’s very important and I am very happy with the work that the team have done over these two weeks.”

Koeman plans to rotate his side in the friendly against Gimnastic.

“Each player is going to get 45 minutes; it will be a game with two separate teams,” he said.

The Dutchman also spoke about the returning Leo Messi.

“Messi is a hugely important player and he has shown that for many years.

“I hope that he can repeat that this season.”

Koeman is also content with how the new signings have gelled as well as the academy players who are training with the first team.

“The young players have adapted very well, as have the signings,” he said.

“It’s a strong group and everybody has possibilities to play.

“We have a phenomenal atmosphere in training, the young players have participated and have a lot of quality, and now we need to improve and increase our fitness.”