Barcelona Spoke about the president in his interview 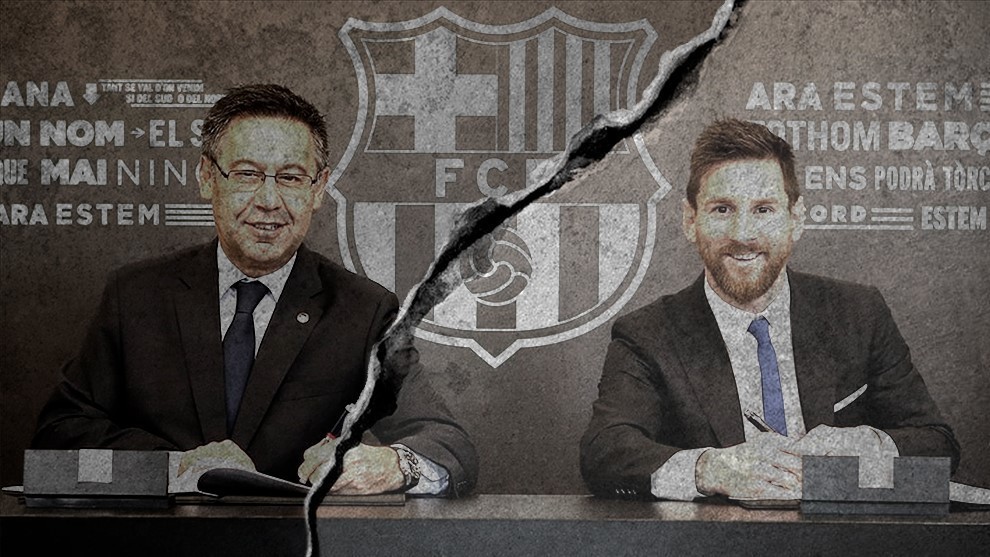 As Lionel Messi revealed that he will stay at Barcelona, he had harsh criticism of Josep Maria Bartomeu’s role in the transfer saga.

Bartomeu insisted that Messi wouldn’t be able to leave since the June 10 clause in his contract had passed, but the player claims there was a verbal agreement that a decision could be made whenever the 2019/20 season finished.

“I told the club, including the president, that I wanted to go,” he explained in the interview he gave to Goal.com.

“I’ve been telling him that all year, I believed it was time to step aside.

“I believed that the club needed more young players, new players and I thought my time in Barcelona was over.

“I felt very sorry because I always said that I wanted to finish my career here.

“Throughout the year I had been telling the president that I wanted to leave, that the time had come to seek new goals and new directions in my career,” he explained.

“He told me all the time ‘We’ll talk, not now, this and that’, but nothing.

“The president did not give me a clue at what he was really saying.

“What they say is that I did not say it before June 10, but we were in the middle of all the competitions and it was not the moment.

“But apart from that, the president always told me ‘When the season is over, you decide if you stay or leave’.

“He never set a date and, well, [sending the burofax] was simply to make it official that I wouldn’t continue, but not to start a fight because I didn’t want to fight against the club.”