Barcelona Youngster talks about his first few months at Barcelona 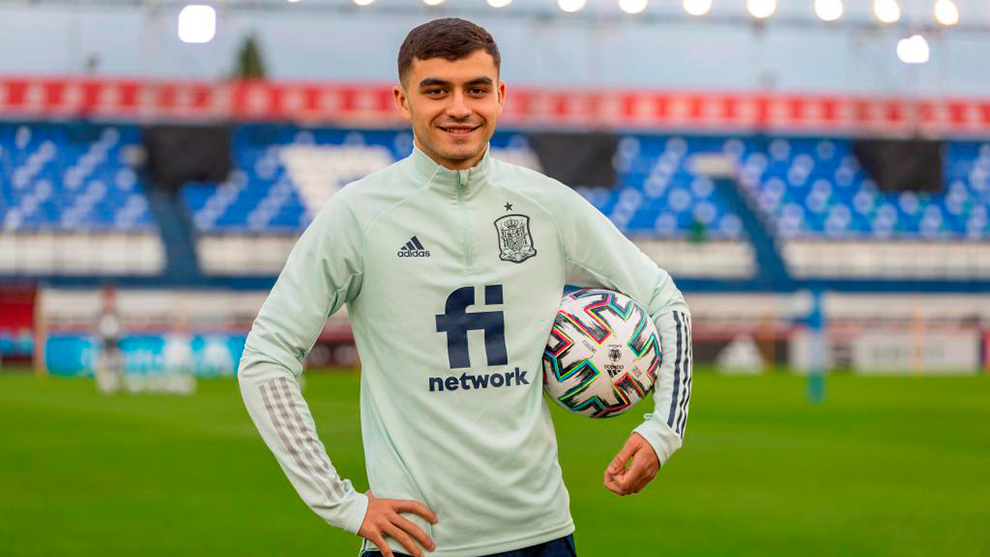 Pedri has been one of the breakout stars of the LaLiga Santander season so far.

The 17-year-old joined Barcelona from Las Palmas in the summer and has become not only a Blaugrana star but also one of the key players in Spain’s Under-21 side.

And in an interview with EFE, the exciting playmaker sung the praises of Lionel Messi, confessed his love for his old club and revealed his desire to be his own man.

Q: How have your first few months been in Barcelona, far from home and attracting all this attention?

A: At the moment it’s all going well, I’m loving it. Although I’m a long way from my family, I’m doing what I love – playing football – and so far so good.

Q: Spain Under-21 coach Luis de la Fuente praised your maturity in a recent press conference. What’s your relationship like with him? What does he ask of you?

A: From the first day I felt very welcome, and he just told me to keep doing what I’m doing for my club. Hearing that as a young player gave me confidence.

Q: De la Fuente also said in that press conference that he didn’t want to compare you to anyone. But your Dad thinks you’re a bit like Michael Laudrup – do you agree?

A: It’s a source of pride to be compared to players like that, but I’ve got to be myself and make my own career. Of course, I have looked at Andres Iniesta or Laudrup to learn things from them, but you’ve got to go your own way.

Q: After your match against Juventus in the Champions League, a video went viral of your highlights. Did you see it?

A: Yes I watched it back, but that not clip. I always watch games back to see what I did well and what I didn’t. I find myself focussing more on what I did wrong rather than the good stuff. But I think that’s the best way to help myself improve day by day.

Q: How was it to play in your first Clasico?

A: I was very happy, it was a dream I had from being a kid to play in one. I was lucky to do it and I’m grateful to my teammates and my coach for helping me come through it.

Q: You’ve always said your idol was Iniesta. But you also said you couldn’t wait to meet Messi. How was it to meet him?

A: As I’m sure most people are, I was a bit timid in front of him at first. But after a while you see he’s just a normal guy and he’s now like a friend in our dressing room. It’s amazing to be able to train with and learn from the world’s best player.

Q: How is your relationship with Messi now?

A: Very good. He always gives you good advice on the pitch, he knows what he’s talking about, given how much he has won in football. It’s a pleasure to take bits from him; I try to listen and learn as much as I can.

A: Yes, I always watch their games when I can and support them as much as I can, given I wouldn’t be here without them. They gave me my confidence, and playing with them in the second division – a very tough league – helped me no end, so I will always be grateful to them.

Q: You seem to be breaking a lot of records at the moment as your meteoric rise continues. What are your goals for the rest of the season?

A: I don’t really have any fixed goals aside from just enjoying my football and keep improving. I just want to play as many minutes as possible and help the team as much as I can.