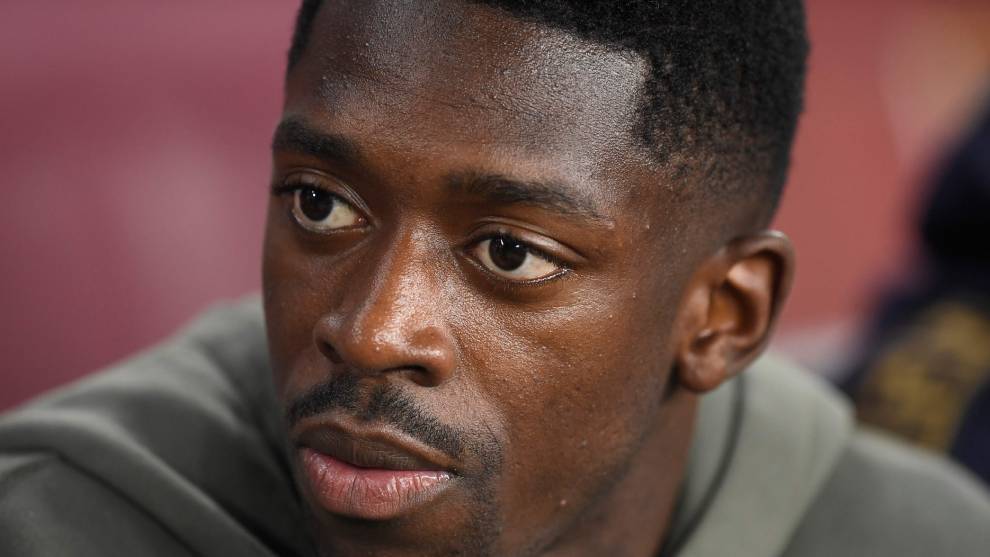 With under 24 hours of this transfer window left to go, Ousmane Dembele’s future remains shrouded in doubt.

The Frenchman was left on the bench by Ronald Koeman for Barcelona’s 1-1 draw with Sevilla on Sunday evening.

Instead, youngsters Francisco Trincao and Pedri came on ahead of him as the hosts looked to find a winner at the Camp Nou.

Although Koeman has come out and said in public that Dembele is in his plans at Barcelona, the facts say otherwise.

“Dembele is a Barcelona player, [his future] depends on what he thinks,” Koeman said recenrly.

“I’ve not spoken clearly with him about it.”

“If a player’s not happy, they can speak to me. And Ousmane’s not said anything to me.

“If he stays, I’m counting on him and he will get chances to play.”

Elsewhere, there are a couple of signs that suggest the forward could be on his way out of the Catalan club sooner rather than later.

Memphis Depay didn’t come off the bench either as Lyon drew with Marseille, with Rudi Garcia insisting the forward’s absence was down to uncertainty over his future.

The former Manchester United forward has been heavily linked with a move to Barcelona during this transfer window, especially since Luis Suarez was allowed to leave.

Over in Manchester, Ole Gunnar Solskjaer’s side were thrashed 6-1 by Jose Mourinho’s Tottenham at Old Trafford on Sunday evening.

The result and performance from the Red Devils makes you to think they’ll look to strengthen their squad ahead of the rest of the season.

The proposed arrival of Dembele would lift spirits among United supporters, who are up in arms towards the board.

There are overwhelming reports that Edinson Cavani will sign for United before the transfer deadline on Monday, which could well rule a move to Old Trafford out for Dembele.