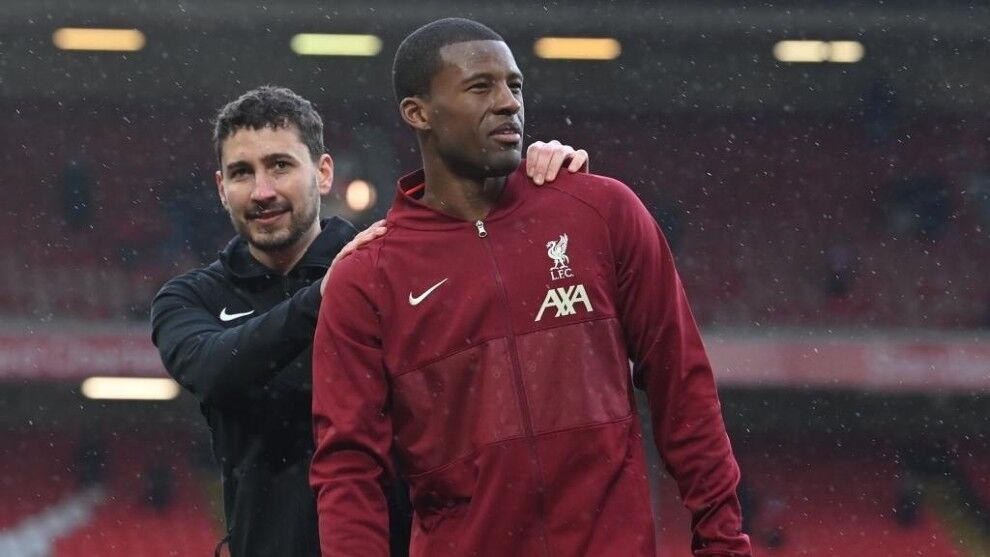 Barcelona have stepped up their pursuit of Georginio Wijnaldum and held meetings with the midfielder’s representatives on Tuesday morning.

The Netherlands international is able to move on a free transfer this summer when his Liverpool contract expires on June 30 and has been coveted by a number of clubs, including Bayern Munich.

It will be a busy day at the Camp Nou as Joan Laporta and his board are also deliberating on the future of Ronald Koeman, but signing Wijnaldum is not believed to be in any way dependent on the decision on Koeman‘s future.

Barcelona have been working on the Wijnaldum deal for some time and the first contact was made months ago.

The player has always given the club the impression that he is keen on a move to the Camp Nou and the presence of his lawyer, Jan Kabalt, at the stadium on Tuesday would appear to confirm that.

Barcelona intend to offer the 30-year-old a contract until June 2024 as they look to rebuild for next season.

Wijnaldum has been an important player for Jurgen Klopp at Liverpool and started 42 games this season, but his six-year spell in England appears to be over.

Whether or not Wijnaldum links up with his former national team boss at Barcelona remains to be seen, but he could also share a dressing room with Netherlands teammate Memphis Depay.

Nothing has been confirmed on that front, but the Blaugrana remain very keen on Depay, along with Sergio Aguero and Eric Garcia, as they look to boost the first team with a quartet of free signings.

0 7
Italy go from strength to strength

0 50
Xavi’s plans: He will return to Barcelona with Font (or Laporta), but not before April

0 50
Rooney, without a doubt, is the best English player since Sir Bobby Charlton