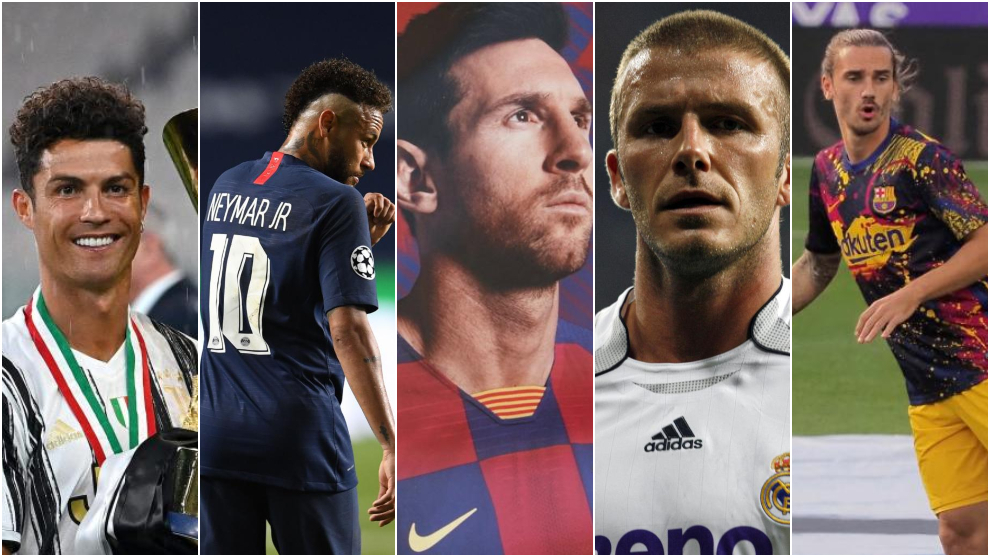 Lionel Messi wouldn’t be the first footballing superstar to switch clubs during their career.

The Argentine has made the decision to leave Barcelona, handing in a transfer request via burofax to signal his intentions to the club.

Manchester City currently lead the race to sign him and, if he does end up leaving Barcelona this summer, his transfer would go down as one of the most monumental in history.

Here are examples of other top players who changed the clubs they played in.

The Portuguese left Spain for Italy when he swapped Real Madrid for Juventus for 100 million euros in the summer of 2018.

His departure was a real shock for Madridistas, but CR7 himself settled in quickly in Serie A, scoring 27 and 35 goals in his first two campaigns in Italy respectively.

Barcelona fans are well aware of the soap opera that surrounded the Brazilian’s move to Paris Saint-Germain in 2017.

The world record fee of 222 million euros didn’t seem to affect the forward, who soon adapted to life in France.

Things haven’t gone as planned since Griezmann gave up being Atletico Madrid’s talisman for a place in Ernesto Valverde’s Barcelona squad.

His involvement during games and goalscoring numbers have dropped off at the Camp Nou, but he has another chance to impress under Ronald Koeman.

The Englishman left his comfort zone when he made the move to Real Madrid from Manchester United in 2003.

Los Blancos benefitted from his arrival both on and off the pitch as the midfielder formed part of Florentino Perez’s Galacticos era.

The striker’s performances for Valencia in the 2009/10 season saw him earn a transfer to Barcelona for the following campaign.

In his three years at the Catalan club, Villa won trophies galore, chipping in with 48 goals in total.