Barcelona Camp Nou will be renovated by 2025 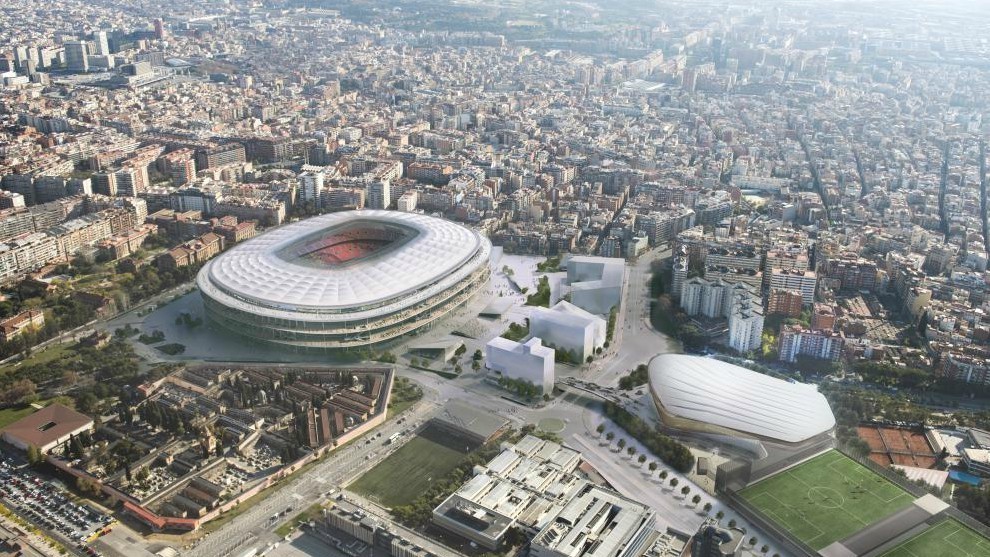 He stressed that the project will cost the Blaugrana 815 million euros and will be financed by various banks led by Goldman Sachs, one of the largest investment groups in the world.

As Moix stressed, the total cost of Espai Barca will be 725m euros plus another 90m euros in interest.

Goldman Sachs will grant Barcelona a loan of 815m euros which will be paid back over a period of 30 years which will begin in 2025, when the project is expected to be completed.

The club had initially calculated an incremental income of 50m euros per year.

However, according to Moix, with the help of Goldman Sachs they realised that the increase in capacity and hospitality areas, as well as the profit of the Camp Nou naming rights, among others, the income would skyrocket to about 150m euros.

One third of that sum will go to the American company for 25 years to repay the loan granted to build the project which began more than five years ago.

Therefore, Barcelona will end up paying them 1.25 billion euros, 400 million more than the initial cost for project.

Moix explained that the increase in the price of Espai Barca was due to the new costs of the redevelopment plan and urban modification, for which they have to compensate the city council of the Catalan capital with 50m euros.

The rest is due to an increase in capacity at the new Palau Blaugrana and other investments.

According to Moix, the new Palau will be completed in 2023 and the new Camp Nou two years later.