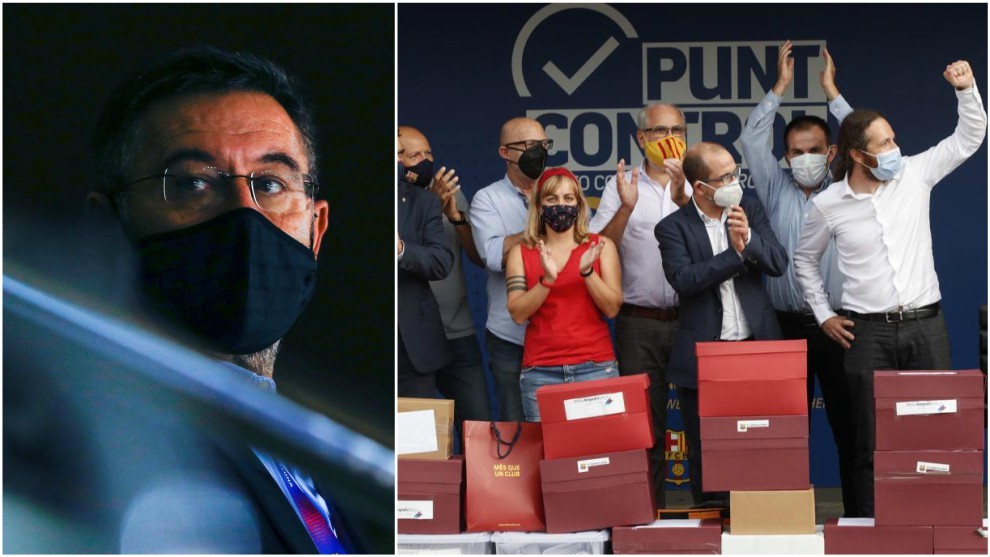 It seems inevitable at this stage that the motion of no confidence brought against Josep Maria Bartomeu and his board will pass and that there will be a referendum on whether the president should leave.

The motion needed 16,521 legitimate signatures to be accepted and the committee tasked with verifying the more than 20,000 signatures are closing in on that number.

He could stay on and try to win the vote of no confidence, where at least 10 percent of club members must vote and where at least two thirds of the votes must be anti-Bartomeu for the motion to succeed.

There is a chance, though, that Bartomeu could resign and he has reportedly discussed this with those closest to him in the last few days.

Various other directors could resign now too, rather than face what could be a humiliating vote of no confidence.

It is said that the directors will meet to discuss their options in the coming days.

If the entire board resigns or if this process goes all the way to a vote and it is successful, then a new commission will be set up to organise elections.

These elections would likely be held before the end of the year, although there is a chance that they could be pushed back to January.

Victor Font, Toni Freixa, Jordi Farre, Agusti Benedito and Lluis Fernandez Ala have already announced their intentions to stand in the next elections, whenever they are, while Joan Laprorta is expected to run too and Xavi Vilajoana and Emili Rousaud are seriously considering it.