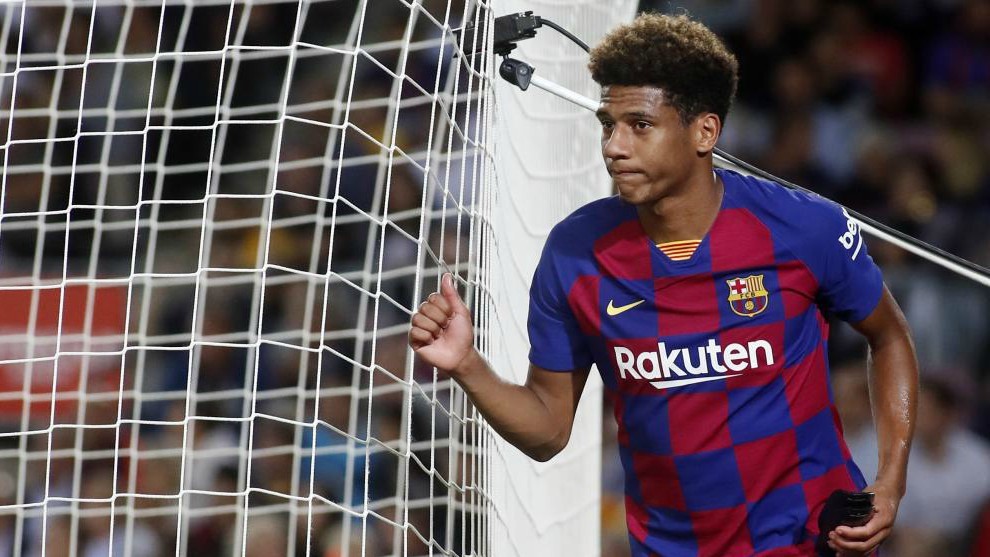 Jean-Clair Todibo is set to leave Barcelona in the coming hours and is no longer training with his teammates ahead of his possible exit.

The centre-back didn’t take part in the training session held ahead of Barcelona’s match against Sevilla.

Sporting director Ramon Planes said during the presentation of Sergino Dest on Friday that there were several offers on the table for the young Frenchman, with Fulham believed to have been in talks with Barcelona over the last few days.

The centre-back wants to play more and has asked to leave the club, just as he did last season when he was loaned out to Schalke for the second half of the season.

The price tag set to be around 20 million euros, so it will be a good piece of business for the club who only paid Toulouse 1m euros for the player two seasons ago.

Todibo would be one of several players to leave Barcelona this summer if his exit comes to fruition as the Catalan club have had something of a clearout.

If Todibo does leave then the money brought in could enable Barcelona to raise their offer for Manchester City defender Eric Garcia, who the English side are valuing at 30m euros.

Ronald Koeman spoke about the need to add depth at this position during his press conference on Saturday.

“The window is open until Monday and we want to have [Eric Garcia] because right now we have three or four centre-backs and are a bit light in that position,” the coach said.

“I’ve seen what Pep Guardiola has said at Manchester City and hopefully we can bring him in.

“We know that economically it’s a bit complicated.

“We’re interested, but I don’t know if we’ll get him.”