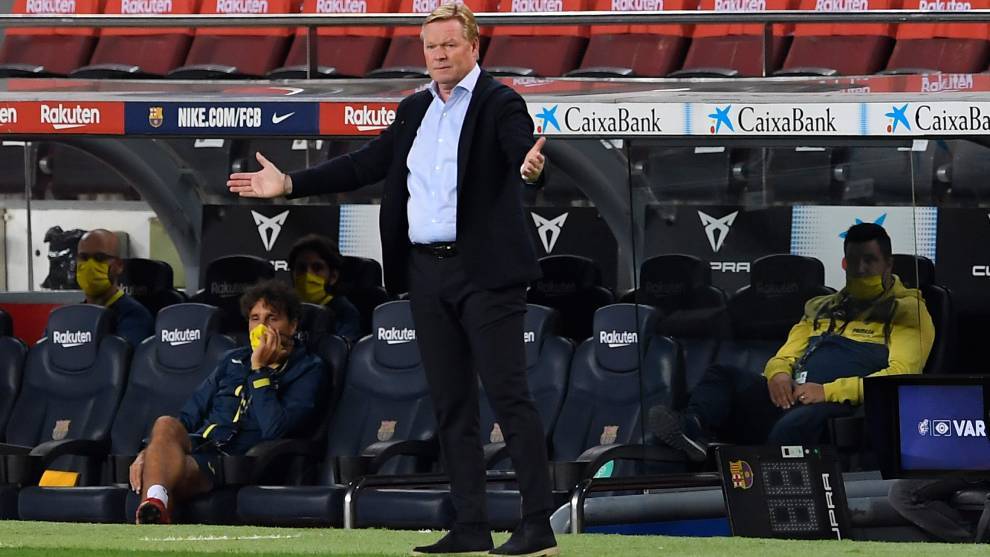 Barcelona’s football was boring and ridiculous things happened in Europe, but Ernesto Valverde was not to blame. That’s what they said.

The fact that opponents overturned two knockout tues is the fault of the players and their attitude. Poor ‘Txingurri’, that’s not the coach’s problem.

The players were there, and it did not matter who was brought up. That’s what was heard when Quique Setien arrived. He is one more victim of a team whose cycle has come to an end.

They dodged the issue of not demanding the good performances promised from the coach, and let’s not talk about results.

Now that everything is going smoothly, and Barcelona are exciting again, that Jordi Alba has recovered his speed and commitment, the team are running, defending, players pressing to help their teammates, Philippe Coutinho is performing, Sergio Busquets is again Busquets, Sergi Roberto is not as bad a full-back as he seemed, and Lionel Messi helps … for now.

All eyes are on the bench. Now yes, this is because of the coach. So where do we stand?

In modern football the power of the players is excessive. Before, they did what a coach said. That is what a collective sport like this is about. And as long as it is like this, the chances of success will be greater. Always.

And this is what happens now with Ronald Koeman’s Barcelona. Ivan Rakitic, Arturo Vidal and Luis Suarez left. All three are great players and it wouldn’t be strange to see them perform again at a high level at their new teams.

Of the current starting XI – apart from Neto who os cover for Marc-Andre ter Stegen – only Coutinho was not part of the squad last season. What has changed then? The coach. That has changed.

Koeman has been given power as it should be with a coach. The scenery has changed, the physical tone of training has been raised and the level of demand has been put where it should be.

If Suarez had continued, there is no doubt that Koeman would have dropped him to the bench, if he thought that his team would improve. His personality, his tactical decisions and his courage, plus his confidence in Ansu Fati, who was only a substitute against Bayern Munich, are the best explanations for Barcelona’s metamorphosis.

There is a team, there is a coach and, more importantly, the hierarchies are clear. And through order it is always easier to build something aspirational. But that’s just one of the factors that influence someone’s pursuit of success.