Barcelona vs Sevilla Held to draw at Camp Nou 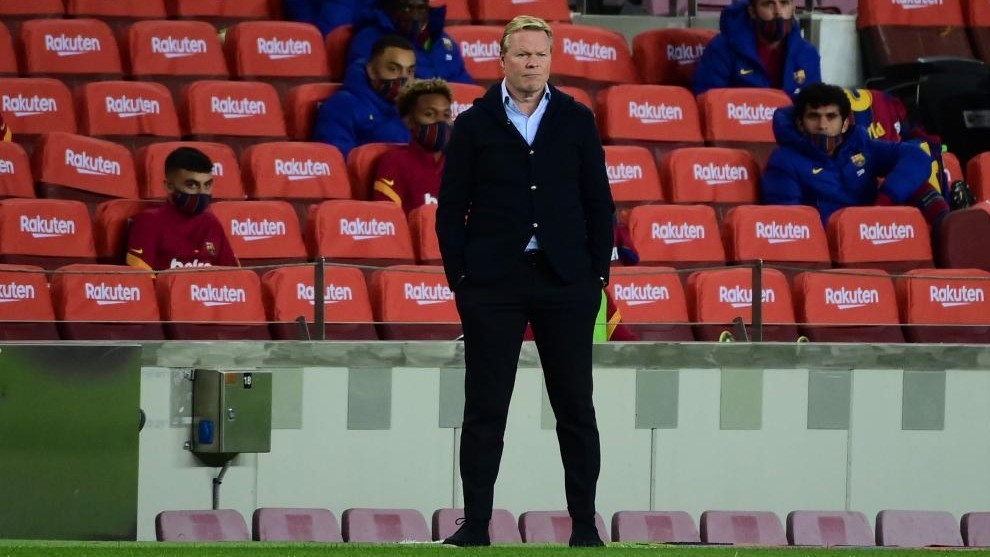 Ronald Koeman gave an honest assessment of his Barcelona side as they were held to a 1-1 draw by Sevilla on Sunday.

The Dutchman was pleased with some aspects of his team’s game but wasn’t afraid to pinpoint where it went wrong for them at the Camp Nou.

“It was a difficult game,” Koeman said at full time.

“They pressed us well.

“Our problem was that our play with the ball wasn’t how we would like.

“They play good football, they press well and physically they’re stronger than us.

“I think we played well, but we lost the ball a lot in the second half, so it’s difficult to get into a rhythm in the game.

“I’m happy with the team’s performance.

“The team was tired, but we fought until the end.

“But [we played against] a great opponent.”

Philippe Coutinho has started the season in fine form under Koeman and scored Barcelona’s equaliser against Sevilla.

“He needs the help and confidence of his coach, but he must perform,” Koeman pointed out.

For the second game in a row, Antoine Griezmann was Koeman’s first substitute of the match.

“The change the other day [against Celta Vigo] was tactical,” the Barcelona boss insisted.

“With Ansu [Fati] we had more penetration and pace – something we needed in Vigo with 10 men.

“Today, [Griezmann] had two opportunities [to score] and, for a player of his quality, he should’ve scored either of those two chances.”

One player who didn’t make it off the bench as Barcelona looked for a winner was Ousmane Dembele, whose future at the club is up in the air.

“What is certain in the world? I don’t know,” Koeman said when asked about the Frenchman’s future.

“At the moment, he’s a Barcelona player.

“I opted for [Francisco] Trinao, Pedri and [Miralem] Pjanic [off the bench].

“We needed more control and that’s why I made these changes.”