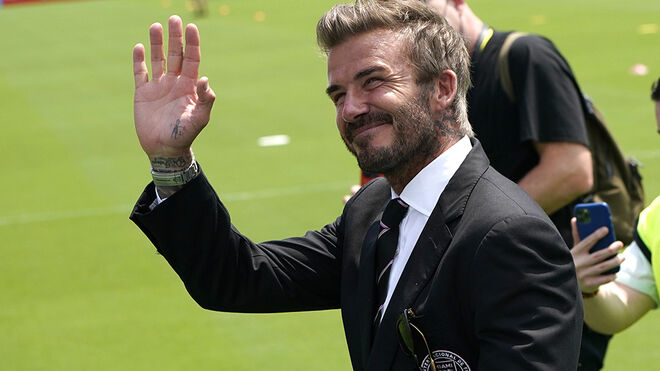 Inter Miami owner David Beckham has voiced his opposition against the European Super League proposal, which was announced late on Sunday night.

Beckham played for three of the clubs involved in the project – Manchester United, Real Madrid and AC Milan – but he is worried about the direction football is going in.

“It has been my life for as long as I can remember. I loved it from when I was a young child as a fan, and I’m still a fan now.

“As a player and now as an owner I know that our sport is nothing without the fans. We need football to be for everyone.

“We need football to be fair and we need competitions based on merit. Unless we protect these values, the game we love is in danger…”

Curiously, Paris Saint-Germain, the other major European club Beckham played for, have so far not agreed to take part.

0 40
Canelo Alvarez reveals the biggest fight of his career

0 30
The numbers behind the Pjanic-Arthur swap revealed

0 27
Verstappen on Bahrain pole: We’re keeping our feet on the ground