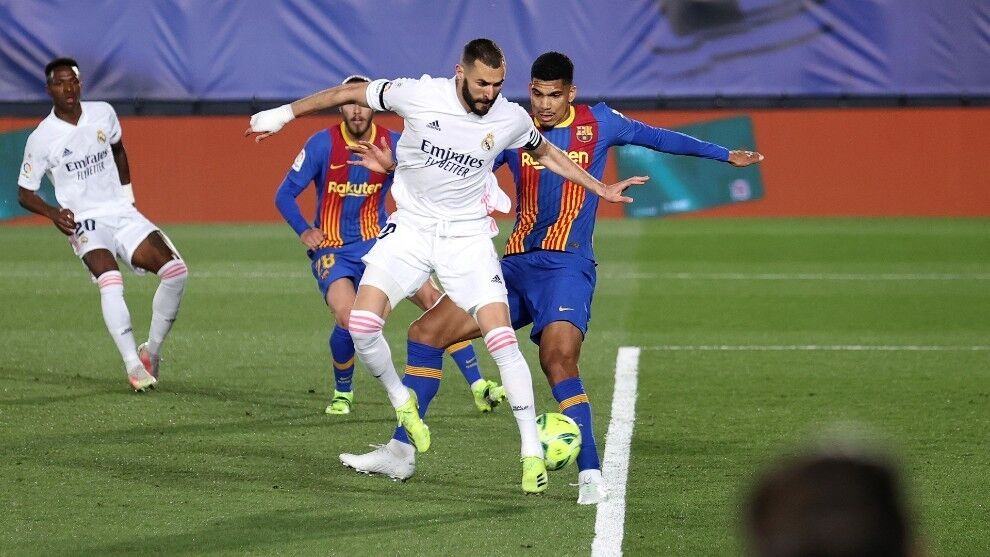 Real Madrid struck first in Saturday night’s Clasico at the Estadio Di Stefano, with Karim Benzema opening the scoring in some style in the 13th minute.

After Fede Valverde had broken through the Barcelona lines, he fed the ball out to Lucas Vazquez on the right wing. Benzema met the Spaniard’s cross at the near post, flicking the ball under Marc-Andre ter Stegen‘s glove and into the back of the net.

When the goal went in, Barcelona‘s players complained to referee Jesus Gil Manzano about a possible foul by Lucas Vazquez on Lionel Messi at the other end of the field.

Nevertheless, the goal stood, giving Benzema his first goal in a LaLiga Clasico since April 2016 in a 2-1 victory for Los Blancos at the Camp Nou. The 33-year-old has now scored in each of his last seven appearances in LaLiga Santander this season.

0 25
Mendy’s agent: I said he’d be the Mbappe of left-backs and I was right

0 30
Five things to look out for this international break