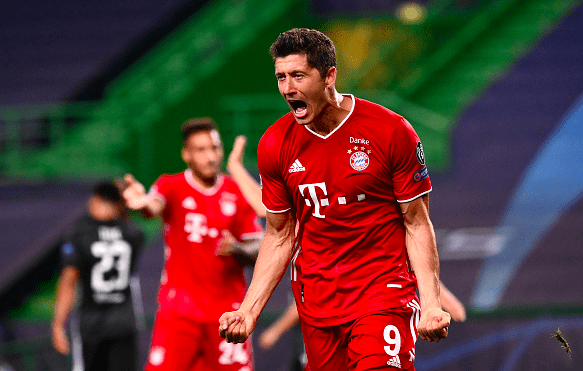 Borussia Dortmund and Bayern Munich faced each other in the Bundesliga on Saturday evening.

The match was held at Westfalenstadion.

And it was a cracker.

Bayern eventually won the game 3-2, but it could have easily been Dortmund the winners.

Kingsley Coman made it 2-1 to Bayern on 44 minutes.

Then just three minutes into the second half Erling Haaland levelled the scores for the home.

Bayern, though, had the last laugh.

In the 77th minute, Lewandowski scored from the penalty spot what proved to be the winner.

Dortmund defender Mats Hummels was adjudged to have handled the ball inside the area.

The result means that Bayern remain at the top of the Bundesliga table with 34 points from 14 matches, four points clear of second-placed Dortmund, who are now 9/1 on Betfair to win the title this season.

This is what we learned from the match on Saturday evening:

Robert Lewandowski is easily the best striker in the world at the moment. The Poland international is 33 years of age now, but he is going strong as ever. Against his former club Dortmund, the striker was imperious yet again. The Bayern no. 9 has scored 16 goals and provided one assist in 14 Bundesliga matches so far this season.

Jude Bellingham is a gem

Jude Bellingham is going from strength to strength. The Dortmund midfielder is only 18, but he plays like a very mature footballer. The youngster is a proper box-to-box midfielder who provided both the assists for Dortmund’s goals against Bayern.

Yes, Bayern eventually won, but they needed a controversial penalty in the 77th minute. Dortmund gave the Bavarian giants a run for their money, and it is clear that the title race will go down to the wire this season.