With Fabinho out of both the Liverpool and Brazil squads for the foreseeable future, it’s little wonder that Jurgen Klopp was a little short when talking to reporters about the Brazilian national team manager, Tite.

The German’s obvious disappointment at losing the player who would’ve been a replacement for Virgil van Dijk at the heart of the Reds defence manifested itself in a barbed comment.

“I’m not sure if Tite’s too worried because he plays him never so he will probably now not sit on the bench for the next three international games,” Klopp had said on Tuesday, reported by the Daily Mirror.

Whilst it was ill-advised, it was also somewhat understandable.

Tite, clearly not wanting to get into a war of words, but still managing to make his point, quickly responded.

“Klopp and I have the same thinking and the same scale of values,” he told Jovempan, cited by the Daily Mirror.

“The health of athletes is essential. It is human. 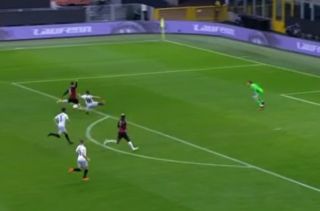 The little tete-a-tete does neither any real favours, and the bottom line is that it won’t help get the player back to full fitness any quicker.

Given that Fabinho has been ruled out of the forthcoming internationals, that means a minimum of three weeks out, however, once his recuperation time is taken into account, it looks like being December at the very earliest before he plays for club and country again.