Brazil | World Cup Qualifiers Has not recovered from injury in time 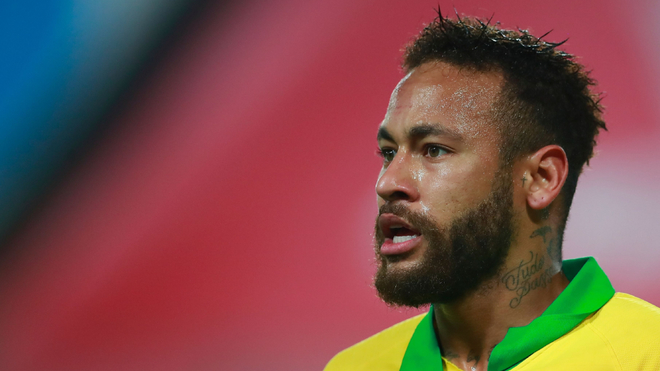 Brazil have withdrawn Neymar from their squad on the basis that he will not be ready to face Venezuela and Uruguay as the Selecao look to take another step towards qualification for the 2022 World Cup.

The Paris Saint-Germain had been dealing with a groin strain that he picked up in the Champions League win away to Istanbul Basaksehir, and Brazil’s medical team note that he has not had the time to recover from this injury.

Brazil doctor Rodrigo Lasmar explained in a video broadcast by the Brazilian Football Confederation (CBF) that Neymar had had a “good evolution” with regard to the injury, but “not enough to be available for Tuesday’s match against Uruguay”.

“Today, when we arrived in Sao Paulo, we already had a scheduled ultrasound exam to follow the response of the healing of his injury,” Lasmar said. “That exam really confirmed that there is an evolution, but that the player is not ready to play.”

Therefore, Neymar will miss Brazil’s matches against Venezuela on Friday and Uruguay next Tuesday, which are both part of World Cup qualification.

Neymar showed up last Monday at Granja Comary, the CBF’s sports complex located in the mountainous region of Rio de Janeiro, and had been fulfilling an intense physiotherapy schedule in the hope of participating in the match against Uruguay, as his absence was already certain in the match against Venezuela.

“There was an expectation that it would evolve in time to face Uruguay, which has not occurred,” the CBF stressed in a statement.

Besides Neymar, Brazil coach Tite will also be without some key players in his team’s spine, such as Philippe Coutinho, Casemiro and Rodrigo Caio, who are suffering from various ailments.

Despite the absence of some of their stars, the five-time world champions will be hoping to repeat their fine performance in the first two matches, when they beat Bolivia 5-0 and Peru 4-2 in Lima, and maintain their lead in the standings.