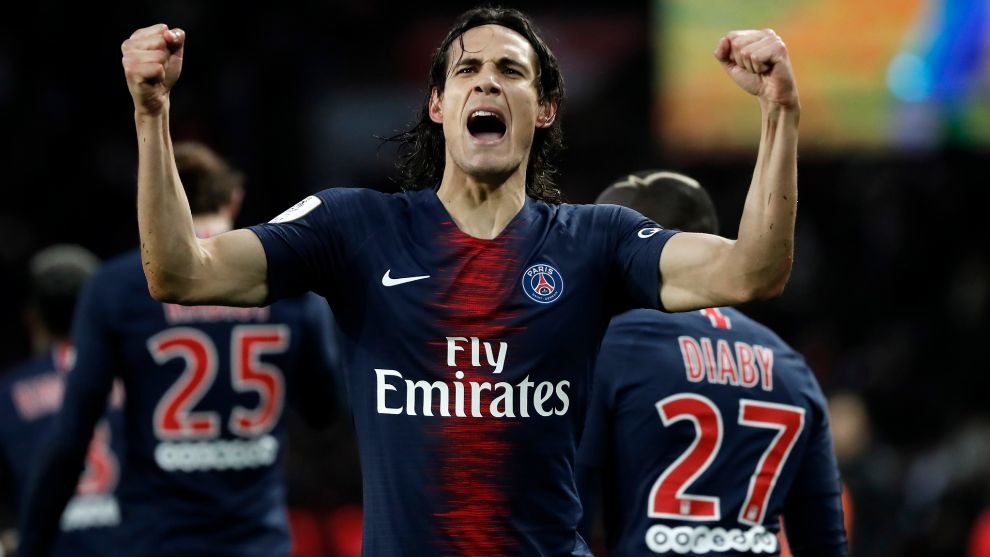 Edinson Cavani has been linked with a move to a number of different clubs and countries this summer, but the Uruguayan striker now looks most likely to end up in the Premier League with Manchester United.

Out of contract since leaving Paris Saint-Germain earlier this year, Cavani has been pursued by a number of big European clubs already.

Atletico Madrid, Real Madrid and Benfica were just three of those linked with making moves for the striker.

Now, though, ESPN state that Cavani is Manchester-bound and will sign a two-year contract at Old Trafford.

The same source report that the player will even travel from to England on Sunday to undergo his medical examination and, assuming all goes well, he could be announced as a new United player within 24-48 hours of this Saturday evening.

Although Cavani is expected to sign on in Manchester for two years, the 33-year-old will have a clause in his contract that will allow him to leave Old Trafford at the end of the 2020/21 season should he desire.

Bringing in a new No.9 was one of United’s priorities in this transfer window.

The club have a solid midfield with Bruno Fernandes and Paul Pogba in place, and have an exciting attack with Anthony Martial, Marcus Rashford and Mason Greenwood, but a traditional centre-forward has been missing since Romelu Lukaku left for Inter in 2019.

Cavani has shown an eye for goal throughout his career, enjoying success in both Italy and France already.

He bagged 37 goals in 117 appearances for Palermo before joining Napoli. He went on to play 138 times for the Partenopei, netting on 104 occasions and scored 200 goals in 301 games for PSG.

Should everything go to plan, Cavani will become the third Uruguayan to have played for Manchester United, with compatriots Diego Forlan and Guillermo Varela also having turned out for the Red Devils.