Former Arsenal and Chelsea midfielder Cesc Fabregas has given his view on VAR during an interview with the Daily Mail.

Fabregas played most of his football career pre-VAR, so you would be no surprised if there was some resistance to change coming from his side, especially considering how much the technology has polarised opinion since it’s introduction into the game.

However, Fabregas appears very level-headed on the matter and would rather see it implemented properly, rather than abolished in it’s entirety due to misuse. The Barcelona academy product is quoted by the Daily Mail saying:

“It’s being used in the wrong way, if you see everything closely in slow motion everything will be more aggravated.”

“For handballs, if you are one metre away, how are you supposed to take your arms away? There’s so many things the referees need to come out and clarify, why not?”

“I would like to hear what the referee and VAR say to each other, how they’re experiencing the moment. This would help us all to understand what they’re seeing and how they acknowledged the foul, penalty or red card.”

“I wouldn’t say it’s ruining [football] yet because it will stay here for good. If it’s used the right way it can be a very good tool for the referees but at the same time, there’s many things that should be improved.” 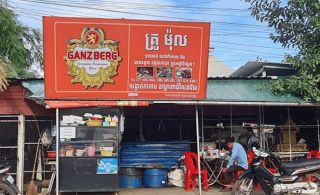 We have definitely gone overboard with fine tuning VAR. It was only brought in to tackle clear and obvious errors from the officials, and just as Cesc says, they’re now being so pedantic with it.