According to Italian journalist Fabrizio Romano, Chelsea are now close to securing the signature of goalkeeper Edouard Mendy, with a deal hinging on the Rennes president’s final decision.

Romano claims that Chelsea lodged a new bid for the Senegal international recently, with the Blues confident that a deal will be completed in the next couple of hours.

It’s added that the west London outfit have already agreed personal terms with the stopper, who is pushing to take this opportunity after just one season with Rennes.

The 28-year-old kept 13 clean sheets in 33 appearances for Rennes last season, with the Senegalese star helping the side to a remarkable third-place finish in Ligue 1.

Given the timing of this breakthrough, Lampard’s muted response to questions regarding the ace yesterday now make plenty of sense.

Final decision is now up to Rennes president. Mendy wants to join Chelsea and the club are trying to make it happen – that’s why Lampard decided to keep silence about this deal to respect Rennes. After signing a new goalkeeper, Chelsea will consider a move for Rice. ? #CFC 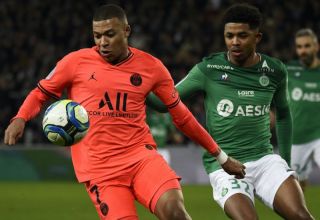 Romano hasn’t disclosed the figure of Chelsea’s latest bid, but the Guardian reported at the start of the week that the Blues previously saw a £14.2m bid rejected.

Frank Lampard made it clear with his decisions at the end of last season that he was in the market for a new goalkeeper after Kepa Arrizabalaga’s shaky form last term.

With the French top-flight respectably seen as one of the weakest of the top European leagues, it would only be fair to reserve judgement on Mendy until we see him in action in the Premier League.