There is nobody better in the world at heading the ball out from the back than Chelsea and France centre-back Kurt Zouma.

That’s what’s suggested by data provided in the latest report from the CIES Football Observatory, who rank the top players in terms of defensive aerial duel success in the top ten European leagues – so a larger sample size than is usually provided using the top five.

CIES Football Observatory report that Zouma has won a titanic 26 out of his 27 defensive aerial duels so far this campaign, which is quite remarkable, even for a player of his size and stature. 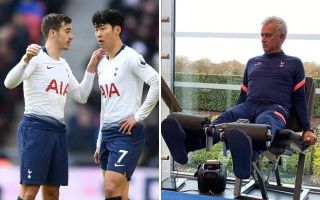 It’s no surprise that Chelsea have seen a major improvement at the back with Zouma so imperious in the air. Three goals in seven Premier League games is also not bad going, especially for a defender.

Zouma has always been a little short of the required standard to start in the Chelsea defence, but playing alongside Thiago Silva appears to have corrected that. He’s on another level this term.