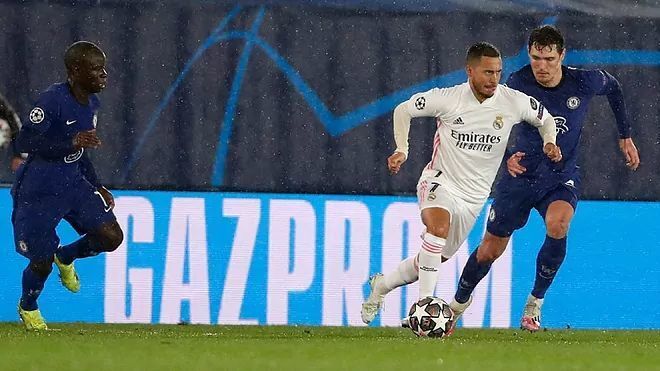 Hello everyone and welcome along to our live blog for Chelsea vs Real Madrid, who meet at Stamford Bridge this Wednesday night in the second leg of their Champions League semi-final. It’s perfectly poised, with Chelsea boasting a slight advantage on away goals after the 1-1 first leg score. Here, we’ll have all the latest updates from this UCL second leg. We’ll have team news and the official line-ups as soon as they’re out, before we’ll have the latest from the match itself once it kicks off at 21:00 CEST.

This is the start of our Chelsea vs Real Madrid live blog, with all our updates following below and with the latest entries being the ones nearest the top. Follow along with us, then, as we enjoy what should be an epic night of Champions League football.

Chelsea have shared a song a music video from Lxrd Capo to get their fans in the Champions League mood ahead of this semi-final. It’s something a bit different as the Blues look to make their first final since when they went all the way in 2012.

There are so many question marks over the Chelsea and Real Madrid line-ups for this match. Will Sergio Ramos and Ferland Mendy be fit enough to start? Will Eden Hazard be in from the beginning too? We believe that they will be, which is why the predicted Real Madrid XI is as follows: Thibaut Courtois; Nacho Fernandez, Eder Militao, Sergio Ramos, Ferland Mendy; Fede Valverde, Casemiro, Toni Kroos Luka Modric; Karim Benzema, Eden Hazard. As for Chelsea, their predicted line-up is: Edouard Mendy; Andreas Christensen, Thiago Silva, Antonio Rudiger; Cesar Azpilicueta, Jorginho, N’Golo Kante, Ben Chilwell; Mason Mount, Christian Pulisic; Timo Werner. Of course, we’ll have the confirmed line-ups as soon as they’re published. In the meantime, you can read more about the two clubs’ team news here.

17:45 CEST: How and where to watch Chelsea vs Real Madrid on TV and streaming? What’s the start time?

This Champions League second leg will kick off at 20:00 BST local time in England. That means the Chelsea vs Real Madrid start time is 21:00 CEST on the Spanish mainland, or 15:00 EDT on the east coast of the United States. In terms of how to watch Chelsea vs Real Madrid, it can be seen in Spain on Movistar+’s TV channel and online streaming platforms. In the UK, it’ll be on BT Sport. In the USA, it’ll be on CBS Sports, TUDN, Paramount+ and ZonaFutbol.

0 10
The joint dream of Aguero and Messi