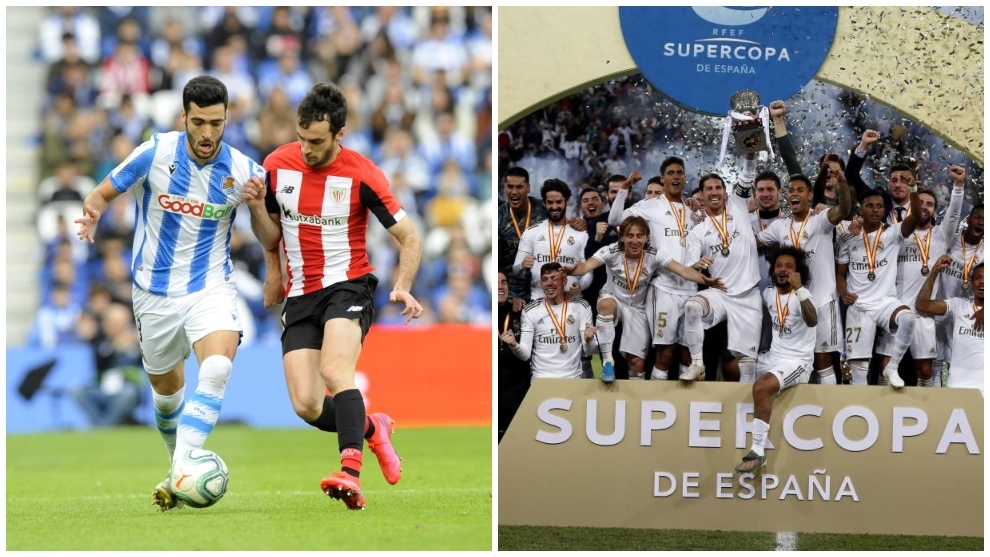 In the most hectic football schedule in memory due to the COVID-19 pandemic, the Spanish Football Federation (RFEF) have managed to find dates for last year’s Copa del Rey final and this year’s one to take place, while also squeezing in room for the Supercopa de Espana.

All of this is conditioned by football maintaining its relative normality and without games or competitions being cancelled due to coronavirus.

As far as MARCA are aware, last season’s Copa del Rey between Athletic Club and Real Sociedad will take place on April 4, 2021 at the Estadio de la Cartuja. It is not known whether it will be held with or without fans.

With the news of a potential vaccine, Spain’s secretary for sport, Irene Lozano, told COPE that there could be fans in the stands in the final stretch of the season. This is the RFEF’s dream.

Then, this season’s Copa del Rey final will take place two weeks later, on April 18, in the same city and same stadium: Seville and La Cartuja. The venue was already determined by the fact that the RFEF reached an agreement with the city to host the final there for two years back to back.

Finally, the RFEF remain firmly committed to the second edition of the Supercopa de Espana in Saudi Arabia, which will be held as scheduled in the second week of January.

A delegation from the RFEF are planning to travel to the Saudi Arabia in the coming weeks to find out first hand what the health situation is there, define venues and draw up a protocol so that the teams are safe at all times.