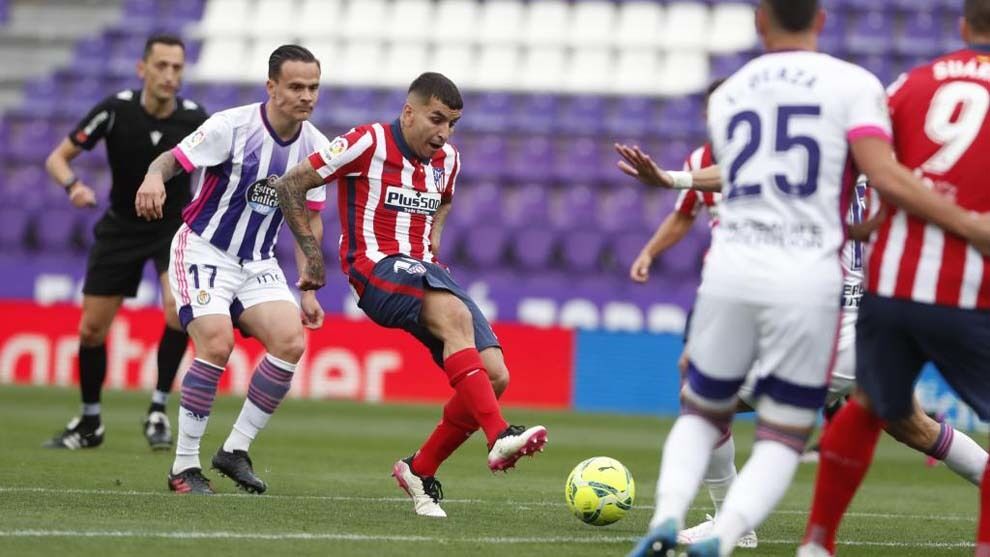 It had to be him, the player who had so much of Diego Simeone‘s belief ever since he arrived at Atletico Madrid.

The footballer who has always shown up when his team needed him most.

The same guy who had to be consoled on the pitch at the Estadio Benito Villamarin after missing chances against Real Betis in a draw.

Angel Correa had already overcome those doubts with his goals against Eibar, Huesca and Real Sociedad, but what he did at the Estadio Jose Zorrilla took him to another level.

The No.10 showed why Simeone believes in him just as nerves were beginning to rule, but his chaos brought a solution.

From outside the box, Correa zigzagged through the Real Valladolid defence and finished from distance to level the tie and fulfil his coach’s wish.

“I’ve been telling him for some time that he had to shoot with his toes because he comes from ‘baby football,'” Simeone said post-match.

“We practice it sometimes and he scored a great goal, he grows every day through humility.”

Correa is the only man to have played in all 48 of Atletico‘s fixtures this season.

Mixed in with names like Luis Suarez, Yannick Carrasco, Marcos Llorente, Thomas Lemar and Joao Felix, a big part of the title belongs to Correa.

With nine goals and eight assists in LaLiga Santander, he has been a luxury option which has proved decisive in the title race.

No longer an impact sub

That tag has been forgotten, as Atletico now have a player who can truly make the difference at any time in Correa.