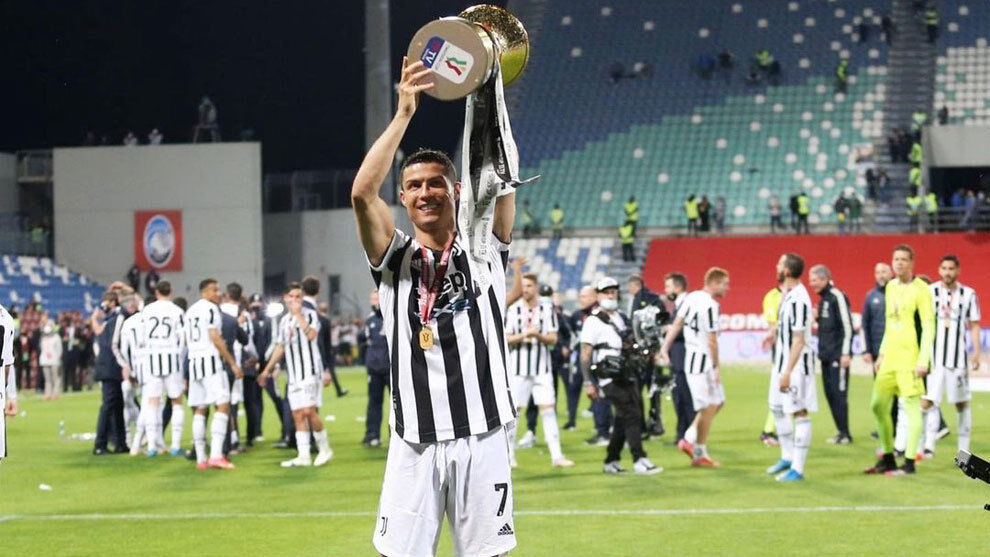 Speculation is mounting at to the future of Cristiano Ronaldo after the Juventus forward left a long post on his Instagram account in which he claims to have achieved his goals after moving to italy.

Ronaldo does have a contract with Juventus until 2022, but has been linked with various top European clubs, including Real Madrid, Paris Saint-Germain and Manchester United. Meanwhile media outlets in Italy are speculating that his latest message will precede a move from Turin.

“The life and career of any top player are made of ups and downs,” Cristiano wrote on Instagram. “Year after year, we face fantastic teams, with extraordinary players and ambitious goals, so we always have to give our best to keep ourselves at excellence levels.

“This year we couldn’t win Serie A, congratulations to Inter for the well deserved title. However, I have to value everything that we achieved this season at Juventus, both in collective and individual terms. The Italian Super Cup, the Italian Cup and the Serie A Top Scorer trophy fill me with happiness, mainly due to the difficulty they carry with them, in a country where nothing is easy to win.

“With these achievements, I reached a goal that I had set myself since the first day I arrived in Italy: to win the Championship, the Cup and the Super Cup, and also to be Best Player and Top Scorer in this great football country filled with tremendous players, giant clubs and a very own football culture.

“I’ve already said that I don’t chase records, records chase me. For those who don’t understand what I mean by this, it’s very simple: football is a collective game, but it is through individual overcoming that we help our teams achieve their goals. It is always looking for more and more on the field, working more and more off the field, that records eventually emerge and collective titles become inevitable, some being the natural consequence of the other.

“Thanks to everyone who took part in this journey! We stand together!”

0 53
Real Sociedad vs Barcelona: A chance to start the year right

0 41
Kluivert will not continue under Laporta

0 31
Eight years since Klopp burst onto the scene… against Real Madrid!