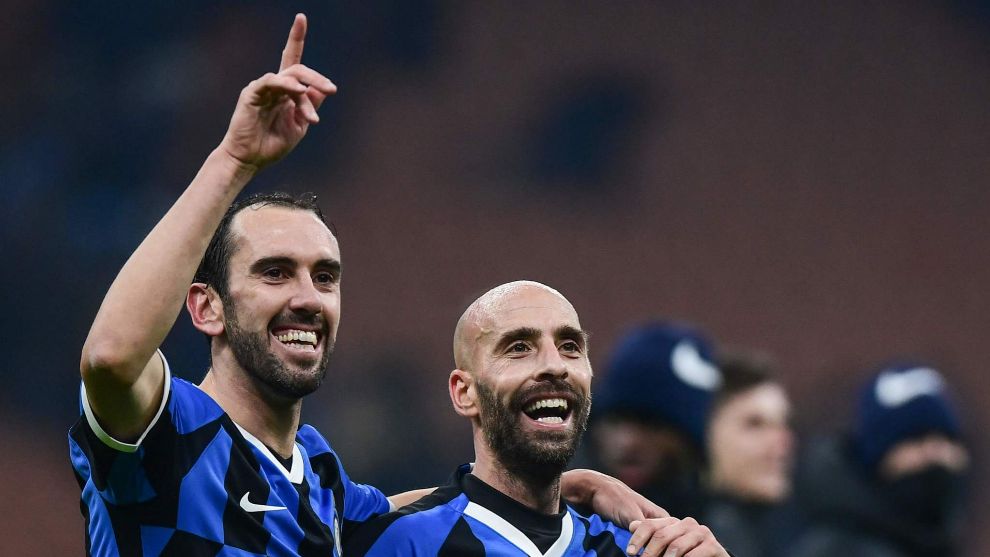 Diego Godin ended his nine-year stay at Atletico Madrid last summer as he joined Inter on a free, but the Uruguayan’s time in Milan seems to be coming to an early end as he nears a move to Cagliari.

The 34-year-old has two years left on his contract at Inter and is not in Antonio Conte’s plans.

There has been nothing from either Inter or Cagliari yet, but multiple media outlets in Italy have reported this news.

Relations between Inter and Cagliari are good after Radja Nainggolan joined the Sardinian club on loan last season.

Godin’s arrival at the Sardegna Arena will also have a sentimental significance for the Uruguayan as his wife, Sofia Herrera, was born in Cagliari.